Mazepin: I didn’t behave as I meant to behave when I came to F1 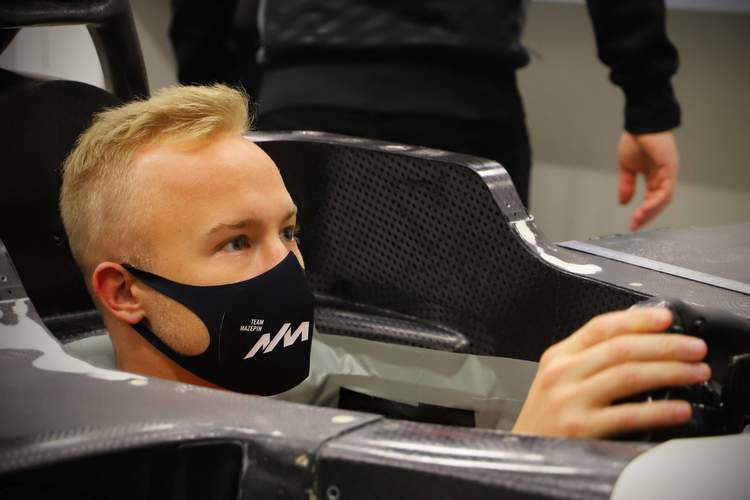 Self-anointed bad boy Nikita Mazepin apologised and admitted he was out of line when he posted the ‘Gropegate’ video and is now intent on changing his ways as he prepares for his rookie season in Formula 1.

The 2021 Haas F1 Team rookie did himself no favours with his crassness and must be one of the most despised drivers in the top flight, and he has not even started a race!

Indeed it was touch and go he would even be on the grid when because, only days after his confirmation as a Haas driver, he was stupid enough to be shown in the repulsive social media video that has tarnished his image while launching the #WeSayNoToMazepin campaign.

Speaking to reporters on the occasion of the Haas VF-21 Launch today, Mazepin said of his antics: “I did not behave as I meant to behave when I came to F1. I take responsibility for it. I am ready to keep doing this as I would like to keep my position.

“I would like to say a big thank you to the team They have supported me a lot and have been very patient. This is very helpful to me. I am a racing driver and I have been a racing driver 15 years out of 22 years of my life. You focus as a driver on track.

“You try not to make mistakes but it happens that I made a big mistake and I am sorry about it,” added the 22-year-old Moscovite.

Asked if he apologised to the female concerned, Mazepin replied: “I think that private matters are very important in this case. It is not correct to bring other people into the media discussion. No confusion from my side, I take responsibility for my action but the video was not put through my hands.

“Graduating to F1 means that you become an example to young kids aiming to get through the same championship. With that you have to bring a certain way of behaviour towards yourself.

Mazepin’s Formula 2 career was not without unsavoury incidents, however, he did prove to be quick and his entry is thanks to his billionaire father’s huge investment in his son’s chosen sport.

Without Uralkali, thanks to his Dmitry Mazepin forking out to be the title sponsor, Mazepin would most likely not be in F1 on merit. But he is not alone as a couple of Canadian billionaires are spending big-time to call their son as F1 drivers, namely Lance Stroll and Nicolas Latifi.

Asked if this was the case, he replied: “This is an interesting question. I am not the only driver but it does not bother me. I am proud of my family and of my father. I have to prove myself in F1 and I’m going to do it.”

Mick Schumacher, 2021 Formula 2 champion, is his teammate this year. The German will be the benchmark for Mazepin to beat.

The Russian driver revealed: “I want to let you know that since I was a kid,” the Russian revealed. “Michael was one of the greatest heroes I was following.”

As for beating his new teammate, a fellow rookie and the F1 legend’s son, Mazepin ventured: “I have done it before when he was competing in different cars or same car. He is a very good racing driver, so the challenge will be very interesting. I will be able to answer the question next year.”

Haas have admitted their car is the same as last year’s which is hardly good news for the rookie, but he is unperturbed: “I think I am not worried. I have huge believe and trust to what Haas is able to bring to the car.

“Haas, with their work ethic, do deserve a better result than what they have had in the past. We will achieve what is needed.”

His father’s money insured that Mazepin is well prepared for his the F1 chapter of his life, having had an intensive private testing programme with Mercedes, also completing several free practice outings ahead of his F1 debut at this months Bahrain Grand Prix. (Additional Reporting: Agnes Carlier)