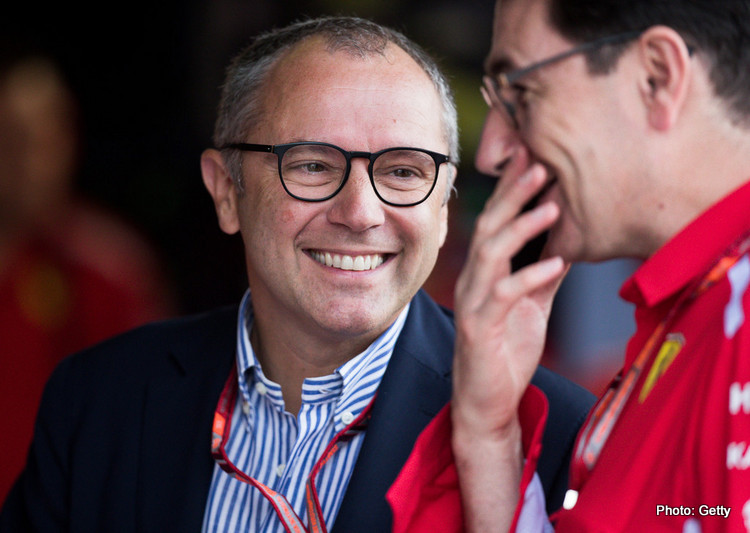 Formula 1 CEO Stefano Domenicali has told a Liberty Media investor call that the sport has received “great feedback” on the sprint race proposal.

Domenicali tabled the idea in session with the media last month ahead of it being voted on by the F1 Commission.

At the meeting, the proposal received support, with the teams in favour of shaking up the race weekend in some capacity, with the plans now set to be finessed by a working group ahead of the new season.

“So the idea that we have shared, and I think have received great feedback from everyone in the sport, is that we will try to figure out something that will give us a qualifying on Friday, Saturday a sprint race that will determine the great order for the Sunday race. That will give us the thrill of a great weekend that will be beneficial to all the parties involved.

“This is something that we are debating with the teams and the FIA in the next weeks in order to present the final format before the start of the season in Bahrain.”

For the latest betting odds check out the popular online casino games which can be played every day of the week 247.

McLaren driver Daniel Ricciardo has said that he is “open-minded” on sprint races, but urged F1 not to devalue a race win in the process, while Ferrari team principal Mattia Binotto revealed that the Scuderia are “supporting a change”.

“We are obviously very engaged in the discussion with F1 and FIA,” said Binotto. “We believe that changing for more spectacle and eventually for unpredictable races will be great.

“So we are proactive in the discussions, we are supporting a change if that change will achieve the goals and the objective I just mentioned.

“Discussions are ongoing. The discussion at the moment seems at least to be promising for a good output. But still, I think we need to look at all the details – details we will make the difference in that respect. So I think [the] teamwork has to continue and hopefully we will find a good solution.”