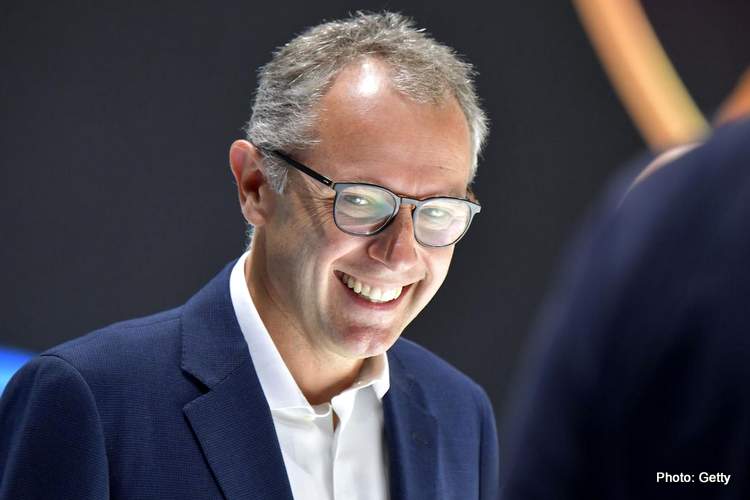 Stefano Domenicali is intent on shaking things up in Formula 1 as he tackles the role of the sport’s CEO, he is keen to have more races in the USA and a return to South Africa is also on the radar.

Also, tinkering with the race weekend format is not off the cards according to the Former Ferrari man who takes over the reins from Chase Carey.

Speaking to media this week, “Reverse grid is over, that is something I can tell you. It’s important to think of new ideas to be more attractive or interesting, but no need to lose the traditional approach to racing.

“What we learned when we were changing the qualifying every two days was something that burnt our fingers, we need to avoid that, and therefore now I think that the [current] format is quite stable.”

But the sprint race concept, similar to Formula 2 but without reverse grid, is on the cards to be trialled as early as this year, “What we’re looking at is what could be the approach to a so-called Saturday sprint race.

“We’re thinking of testing this already this year. There are ongoing discussions with teams in the right forum, and I think maybe this could be the only one thing that could be interesting.”

As for expansion, Domenicali explained, “Our strategy in the future will be to be more present in the United States with more than one grand prix. Austin has been very important over the last years for our calendar. It will be also in the future and we are discussing renewing the agreement.

“And of course Miami is a place where we are looking. I can’t say more than that but for sure, there is big interest from both parties to be there.”

As for the Vietnamese Grand Prix that was to happen last year in Hanoi, but was cancelled due to COVID-19, Domenicali stated, “Vietnam is no longer on the calendar but it’s still an open option. It was an incredible investment and therefore it’s still on the table for discussion as a future event.”

A return to Africa is also on the F1 wishlist according to the Italian, “There are other areas that have shown interest; that is basically in north of Africa, South Africa. This is something very important, having new places and old places that have a great heritage in Formula 1.

The 2021 F1 season marks the return of the Schumacher name to Formula 1 as young Mick, son of Michael, steps up to the top flight to resume the next chapter of the family’s incredible history in the sport.

Also stepping up is pay driver Nikita Mazepin, alongside Schumacher junior at Haas, Domenicali said on the matter, “We need to give attention once again to rookies, the real rookies. Today, with the fact that we have less testing, we need to create [sessions] not only in FP1, as already is written into the regulations.

“Maybe we can create good events, highlighting the fact that we need to focus the attention on rookies. We have a very good number of young drivers that are already in Formula 1, but we cannot stop that flow going on,” insisted the F1 CEO.