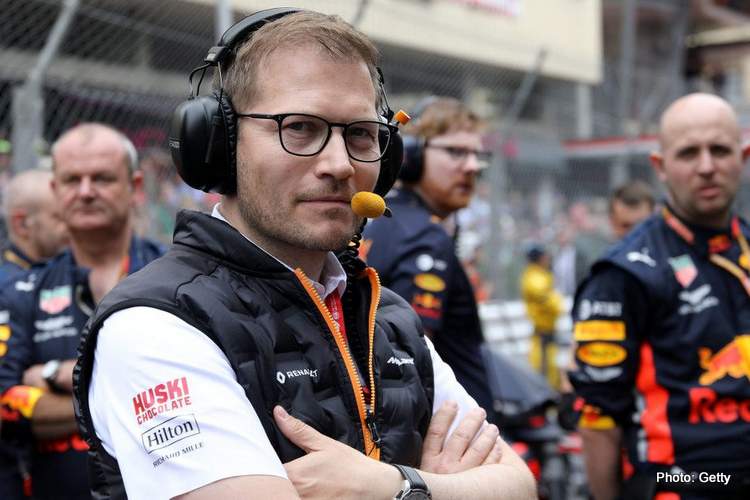 Andreas Seidl has confirmed that McLaren support the move to introduce sprint races in Formula 1, while Daniel Ricciardo said he was “open-minded”.

The F1 Commission agreed earlier this month to set up a working group tasked with developing a “new qualifying format” for use at certain races this season, with the sprint race idea tabled by F1 CEO Stefano Domenicali likely to be under consideration.

Speaking at a press conference ahead of the launch of the MCL35M earlier this week, McLaren team boss Seidl confirmed that the team supported the move while urging a decision to be reached as soon as possible.

“We from the McLaren side we are supportive of that discussion and initiative,” he said.

“For us, as we have communicated last year, it is simply important that when we speak about different race formats that it’s not something that will artificially affect the pecking order like the reserve grids situation, which is not the case with the discussion we’re having at the moment. That’s why we’re supportive.

“It’s also clear there’s now a working group that will lay out the details as quickly as possible because the devil is always in the detail.

“But with a commitment from all the teams really supporting this initiative, I’m sure that’s something we can all overcome quickly. We’re actually looking forward to trying something like that this year, and then see how we go from there towards the future.”

Daniel Ricciardo, who arrived at McLaren from Renault over the off-season, was also posed a question about the issue and admitted that he has had some of his doubts assuaged.

However, the Australian said that any changes must not “dilute” the value of a race win.

“At first I was a little apprehensive, but I do feel better at the thought of that, certainly [compared to] a reverse grid,” he explained.

“Ultimately, if the best guys and the best teams are coming out on top, and it’s not manipulated or artificial so to speak, then I’m less scared of it.

“Competition is what I love most, I would love to do more races and less practice, or whatever. In saying that, it kind of does go towards probably what I want.

“As long as they do bring in another race on the weekend, as long as it carries the same value, then I’m certainly more open-minded towards that.”