Braking Point: Why F1 should reject the sprint race plans 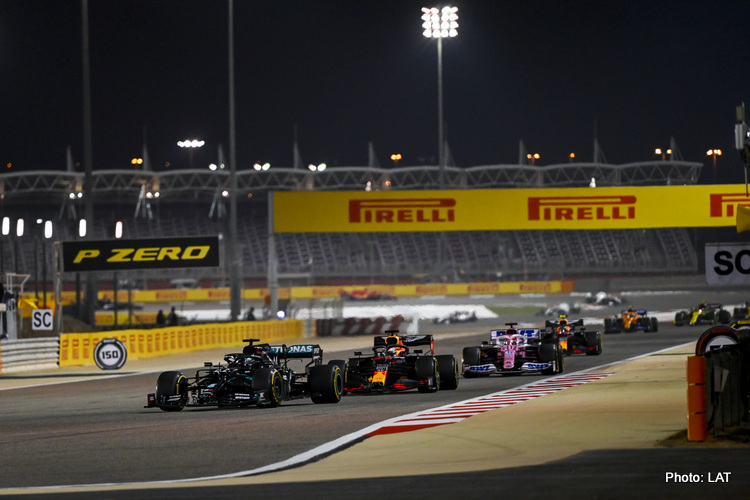 The F1 Commission is set to vote on a sprint race proposal at Thursday’s meeting after the idea was tabled by the sport’s CEO Stefano Domenicali during a media call last week.

“What we’re looking at is what could be the approach to a so-called Saturday sprint race,” he said. “We’re thinking of testing this already this year. There are ongoing discussions with teams in the right forum, and I think maybe this could be the only one thing that could be interesting.”

Now the idea seems to be a descendent of the reverse grids plan that received some support within the paddock last year. After a couple of tries by F1 managing director Ross Brawn, it was rejected, and his former Ferrari colleague Domenicali has since pronounced the possibility of reverse grid racing as “over”.

However, what remains clear is that F1 is keen on revamping its product in some form or another. The issue is though that while most fans would admit that the spectacle can be enhanced to some extent, no one wants to sacrifice either qualifying or the Grand Prix.

Qualifying under the current format is usually the most entertaining part of the weekend, with the three sessions providing a sense of jeopardy to each stage of proceedings. Occasionally, the top teams get caught out, while it gives the smaller teams their chance to be in the middle of the drama. George Russell’s reputation certainly benefitted from his ability to consistently make Q2 in what many consider the worst car on the grid.

Meanwhile, the Grand Prix is one of the few constants that has been present throughout the history of the sport. For many, altering it in any way would be sacrilege and it seems that throughout all the attempts to shake up the formula, the Sunday race has remained untouched.

So what this dilemma leaves us with is a sort of half-baked attempt to keep qualifying and the race intact, while also adding another aspect. A key fear I have is that with the order sometimes becoming mixed up during qualifying, any of those unpredictable results will be undone during the sprint race, leaving the main Grand Prix more predictable. Teams and drivers perform differently between qualifying and the race, so allowing for a sprint race to rearrange the pack in terms of fastest to slowest on race pace, before running another race in that order just does not make sense to me. Surely it just leads to processions.

There is, of course, the consideration that attrition during the sprint race could make the grid more jumbled up, but surely with the sprint race run over a shorter distance, there is less chance of attrition. Furthermore, if points are awarded for both the sprint race and the Grand Prix, then it gives a dominant team more opportunities to gather points and means that any errors they make are less important.

Ahead of last season, everyone said that the shortened season would make mistakes more costly. So by adding more races, surely you are making the likelihood of a predictable outcome higher?

My view has always been that F1 should stop mucking about with the format and instead focus on regulations that close the gap between the fastest and slowest cars. That was one of the stated aims of the 2021 (now 2022) regulations, so why mess around with the format now, just one year before this new era begins.

I understand that if there is support for the sprint race plans, the new format would only be run at three race weekends on a trial basis, so the initial impact would be minimal. From that perspective, I suppose it is fair to argue that the sport should just try it and has little to lose. However, I find it hard to see how this plan will make for a more unpredictable and entertaining product and as a result hope to see this plan rejected.