Analysis: The prospect of a South African Grand Prix return 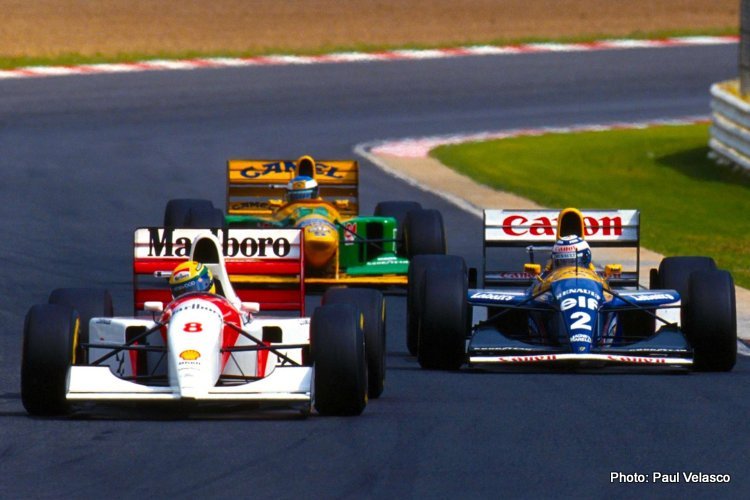 Speaking in broad terms on his ideas on shaking the sport up in his new role as F1 CEO, the former Ferrari team boss and more recently Lamborghini CEO admitted that an African race is high on the agenda.

Domenicali’s hints are only the most recent in the perennial story of a South African Grand Prix return. Most recently it was Lewis Hamilton on the blower a year ago in response to where he would like to see F1 go next.

“We need to go to Africa. It’s such an important place to go back. At the moment Formula 1 goes to countries and doesn’t really leave much behind, if anything. F1 has to shift to being a sport that does go to places and leaves behind something that can really help the communities.

“I think bringing the attention back to Africa and really highlighting the beautiful place that it is, that’s the most important place we have to go to. It needs to be held where it’s not all about money — it’s about the people. “In business, that’s not always the case — that’s something I’m really pushing for.”

Jody’s presence brings great credence to this latest bid to see a race that was once an integral facet of F1 back into the world championship.

The company had planned an F1 Festival at Kyalami and Johannesburg last year, which was cancelled as lockdown commenced, when plans were already well advanced. The South African GP initiative has been active since 2015.

“We planned the Festival as part our efforts to bring Formula 1 back to South Africa,” Warren Scheckter confirmed a year ago. “Our objective is to successfully secure and promote Formula 1 events in this country.

“South Africa has a rich heritage of Formula 1 racing with a large and enthusiastic fan base — it’s also a destination country, which makes it an ideal location for the Formula 1 brand. F1 also has no events in Africa and Africa and South Africa offers huge potential market for the sport.

Scheckter, however, remained coy on a timeline for a race at the time: “We are in advanced negotiations with Formula 1, but these initiatives take time. We hope it will be quite soon. Toby Venter has rebuilt Kyalami, which has a significant historic association with Formula 1, to a very high standard and the circuit is now a suitable Grand Prix venue. That also now makes bringing Formula 1 back to South Africa far more viable.

“Formula 1 also makes significant and positive impact to all the countries where it races and the sport will generate substantial value to the South African economy. It will create thousands of jobs and attract tens of thousands of tourists every year,” Scheckter concluded. “The Grand Prix will put South Africa into the global spotlight in the most positive manner — it is the kind of positive stimulus this country needs right now.”

The South African Grand Prix has a glorious history that stretches back to the 1930s at East London and went on until the final race at Kyalami has remained intact and was five years ago acquired on auction by local Porsche distributor Toby Venter, who completely restored, renovated and lengthened the circuit. While it is not yet fully F1 graded, according to Venter Kyalami “will not take very much to achieve Formula 1 specification”.

The Johannesburg businessman has never hidden his desire for his circuit to host a Grand Prix again. There have since been several attempts to bring a South African Grand Prix back, including two plans in Cape Town as well as various apparent Kyalami efforts. New F1 boss Stefano Domenicali’s comments this week now suggest that such plans could emerge from their lockdown hiatus — perhaps even sooner than what most expect.

Several 2021 F1 venues remain uncertain under lingering lockdown pressure. But Most interestingly, Kyalami last year most successfully hosted probably the only flyaway international race in lockdown, when the ICGT Challenge converged on the circuit for its season-ending 9-hour finale in December.

The circuit was also earmarked for a World Endurance Championship 6-hour race around now, but that also succumbed to the effects of lockdown. International motorsport is on the rise following a recent drought in South Africa — World Rallycross is expected to return to Cape Town in December, where a Formula E bid is also in its advanced stages.

Getting back to his briefing this week, new F1 boss Domenicali also hinted as a return to a second US Grand Prix, plausibly in Miami and that “Vietnam is no longer on the calendar but it’s still an open option.” He also mooted a “Saturday sprint race concept without a reverse grid is on the cards to be trialled as early as this year,” and that the sport needs to address the quality of its F1 rookies considering the rise in moneyed drivers placed before talented youngsters.

Whatever happens, there is no doubt that Formula 1 mad South Africa will fully embrace a Grand Prix return. Kyalami attracted huge crowds when the circuit briefly hosted F1 pre-season tests in the early 2000s, not to mention that Africa is currently the only continent not featured in F1’s ever-growing calendar.

A South African grand Prix certainly would be a welcome and wonderful addition to the Formula 1 calendar.