Hamilton savaged by Spitting Image on his birthday 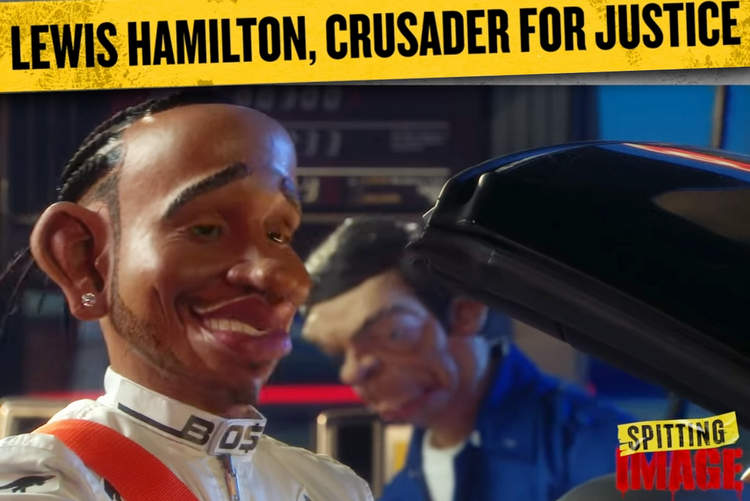 In Lewis Hamilton, Crusader For Justice he is depicted driving a car and ‘justifying’ his stance on the environment, racing in politically incorrect countries and basically ‘taking the mickey’ of the causes close to his heart, while wickedly suggesting double-standards by the seven-times F1 World Champion.

In an unprecedented year for the planet, Lewis has become a crusader for human rights and injustice around the globe. He instigated taking a knee by F1 drivers during the national anthem before a Grand Prix.

#BlackLivesMatter issues are close to his heart and the Briton galvanised awareness of the movement through his symbolic gestures and high-profile comments.

Mercedes went as far as changing the Silver Arrows livery to black.

The legendary, hold no punches, Spitting Image satire TV series is back since last year after a hiatus stretching from 1996, and are now back exclusively on BritBox. More information here>>>

More than 100 puppets have been crafted for the new series with the original show’s co-creator Roger Law back to head the creative team with some of the world’s biggest names in his sights, Sir Lewis has not been spared..