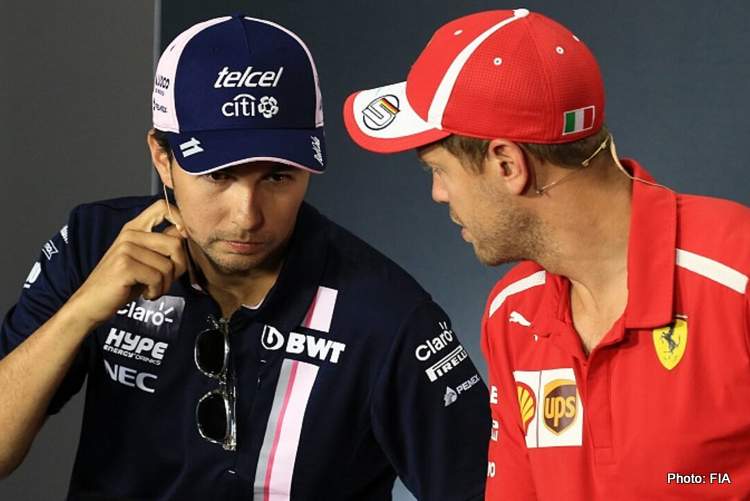 Newly signed Red Bull driver Sergio Perez has departed Racing Point, a team he knows well from the Force India days, on the cusp of it becoming Aston Martin.

The Mexican making way for Sebastian Vettel as Lawrence Stroll’s labour of love selects top-gear, Perez warning that what he is leaving behind for the four-times F1 Wolrd Champion is formidable.

Checo said of his replacement, “Seb definitely made the right decision. He can look forward to a team of real racers, a racing team in which he will feel comfortable. They’ll also put a competitive car on the track in 2021, I’m quite sure of that.”

The 30-year-old from Guadalajara, was one of the stars of the 2020 F1 season, winning his first race in the top flight when he triumphed at Sakhir, He earned lavish praise from no less than F1 motorsport director Ross Brawn.

The elder-statesman claiming that Vettel had big shoes to fill at the Silverstone-based outfit, a statement that surprised Checo, “I read about it and my first thought was – I can’t really imagine that, after all, Seb has won 53 races and I just won one.

“But maybe that shows what Formula 1 is. It always depends on which cars you drive,” mused Sergio.

The German’s reaction to Brawn’s comments was classic Seb, “I would have been more concerned about following in George Russell’s footsteps because I hear the shoe size is 45!”

“Sergio was with this team for seven years, he knows them inside out. It won’t be easy to keep up with the pace but I’m no longer a newbie, I have a bit of experience and that will help me,” ventured the German whose career was saved by the project, as he had no big team option available when Ferrari found him to be surplus to requirements.

Thus, in 2021, after six years in the red of Ferrari, Seb will don the green (or pink?) overalls while Checo will swap pink for the blue of Red Bull, both providing an intriguing sideshow to what would be a riveting season.