Magnussen: I’m sad to be saying goodbye to everyone 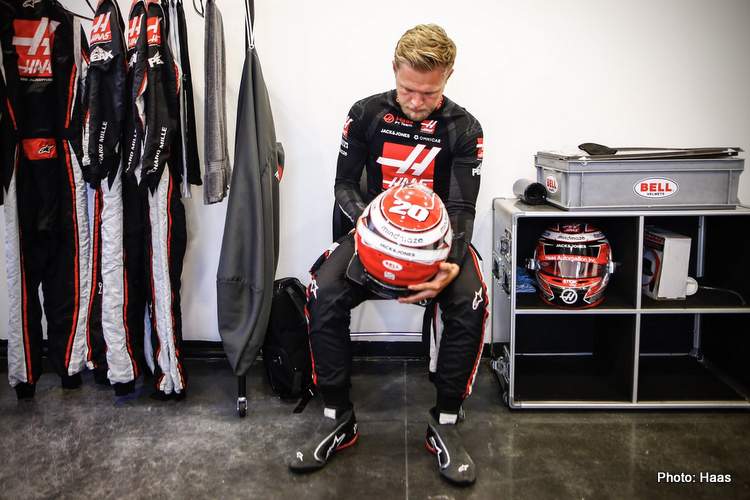 Kevin Magnussen contested his 119th Grand Prix on Sunday, his final Formula 1 race for now as he leaves Haas for greener pastures in the US-based IMSA sportscar series

Sadly, it was another miserable night for the likeable Dane, again racing a car that gives him little hope to even grab some TV time, he was nevertheless affable after the 2020 Abu Dhabi Grand Prix, “Mixed emotions today. I’m happy to have had the opportunity to have raced in F1, it was my childhood dream.

“I’m sad to be leaving on such a bad performance. At the end of the day though, we had no expectations coming into this race.

“Off-track it’s been a great weekend for me – I’ve really felt the love of the whole team, the atmosphere’s been good. We’ve really finished off in a really good way behind the scenes.

“I’ve really enjoyed my time with the team, it’s been a pleasure. I’m sad to be saying goodbye to everyone but I’m looking forward to what’s coming next for me

“It is not realistic to leave Formula 1 and go to do IMSA or anything and then comeback into a winning position in Formula 1. If I was to stay in Formula 1 I would want to move forward and go for wins and that is not going to happen.

“So I am really looking forward to what I am going to do now and super excited for it which makes it easier to step out of this as I know I am going to be in a winning position next year,” added Kevin who finished 18th on Sunday.

Guenther Steiner said on a solemn occasion, “Not how we wanted to end the season and Kevin’s last race. We didn’t have more today.”

Not today, not ever did Haas provide Kevin with a car that allowed him to show what he really hasin his arsenal, triggering memories of a driver who scored a podium in his first F1 race at the 2014 Australian Grand Prix with McLaren.

It remains his F1 career highlight, “My first race, not only getting on the podium but the whole experience was crazy just realising that dream.”

The Woking outfit, under Ron Dennis at the time, did his career no justice and effectively destroyed a young driver who they grossly mismanaged. He never really recovered from that episode.

In retrospect, Kevin was a driver whose potential was never fully revealed through no fault of his own. A victim of circumstances and mismanagement.