Leclerc: If there’s anybody to blame it’s me 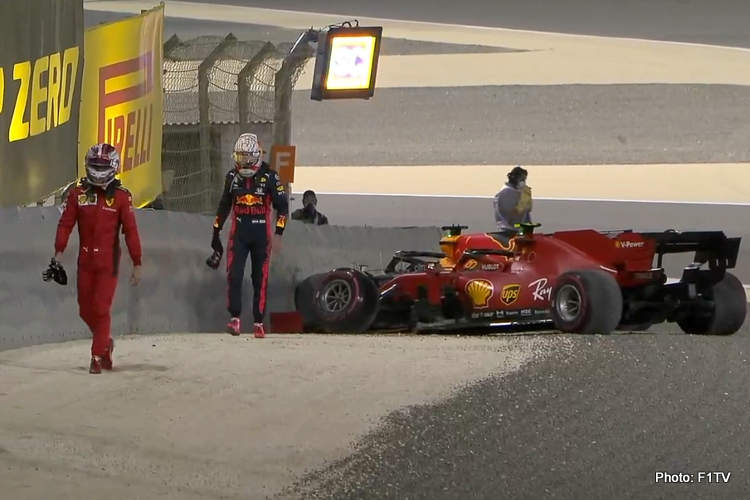 Ferrari driver Charles Leclerc has put up his hand and admitted he was largely to blame for the first lap incident that took out Red Bull’s Max Verstappen and nearly did the same to of eventual 2020 Sakhir Grand Prix race winner Sergio Perez.

The Mexican survived and thereafter delivered the veteran delivered his greatest race to claim his first Formula 1 victory, the two young guns were out of the race.

It was proper torpedo by Charles into Turn 4 right-hander, which saw the Ferrari miss the braking and turning point by a couple of meters as brain-fade and brake-fade colluded to eliminate two fan favourites from the race before it had hardly begun.

The driver from Monaco told reporters in the media pen, “I was side by side a bit behind Max and tried to overtake him into turn 4. I had seen Checo.

“I expected him to go round the outside of Valtteri and stay there – but I think he decided to come back into the inside and I was there and then it was too late for me to slow down.

“I don’t think it’s a mistake from Checo, I’m not putting the blame on Checo; if there’s anybody to blame today it’s me but I would say it’s more unfortunate than a blame,” admitted Leclerc.

The FIA race stewards agreed and handed him a three-place grid drop for the finale at Yas Marina next weekend. They reported: “Car 16 braked too late into Turn 4, locking the front right wheel and colliding with Car 11 [Perez] which was taking the normal racing line into the corner.”

The Ferrari driver now has 3 points on his licence for the 12-month period.

As expected, Max was aggrieved and summed up his frustration, “I mean at the end of the day it doesn’t matter anymore does it. We’re out of the race, they can give him any penalty they want. It’s not going to change especially my race. it’s just unfortunate.”