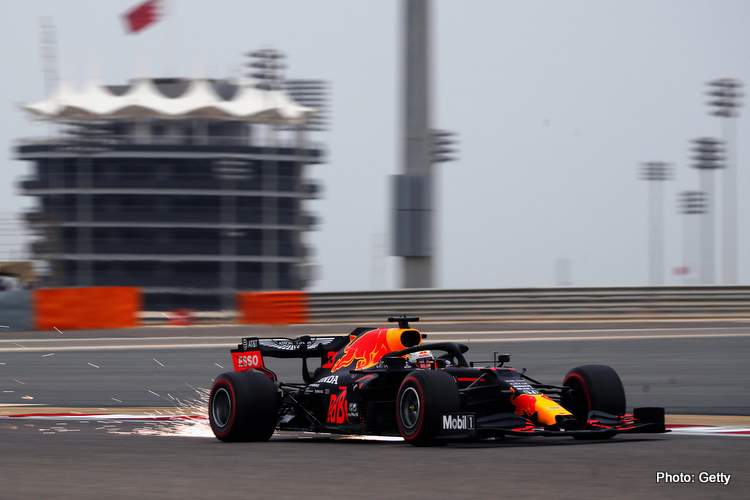 Max Verstappen has sent a signalled his intent to Mercedes by setting the quickest in the final free practice session of the Bahrain Grand Prix weekend with a stunning lap at dusk over Sakhir.

Verstappen powered around the Bahrain International Circuit in the best time of 1:28.355 which was a quarter-second faster than Lewis Hamilton in the Mercedes who had dominated day one.

The World Champion was a tenth faster than teammate Valterri Bottas in third with Alex Albon rounding out the top four albeit six tenths shy of Max’s top time in the sister car, suggesting the battle for pole this evening (local time) might not be the expected Mercedes walkover this time around.

After a subdued Friday, McLaren found the sweetspot for their boys allowing Carlos Sainz to set the fifth-fastest time, 1.1 seconds down on the benchmark, and Lando Norris a tenth shy of his teammate in seventh.

The orange cars split on the timing-screens by AlphaTauri’s Pierre Gasly; his teammate Daniil Kvyat in eighth indicating the Faenza-based outfit have a handy car in the desert.

Racing Point were further down the order than expected with Lance Stroll in ninth and Sergio Perez in tenth, after a Friday in which the Mexican was at the sharp end all day.

Ferrari were, to be polite, woeful with Sebastian Vettel 13th a whopping 1.5 seconds slower than Max, and Charles Leclerc 15th, three-tenths down on his teammate. Antonio Giovinazzi split the Red cars in 14th.

Renault were also out of the top ten with Daniel Ricciardo and Esteban Ocon, 11th and 12th respectively. 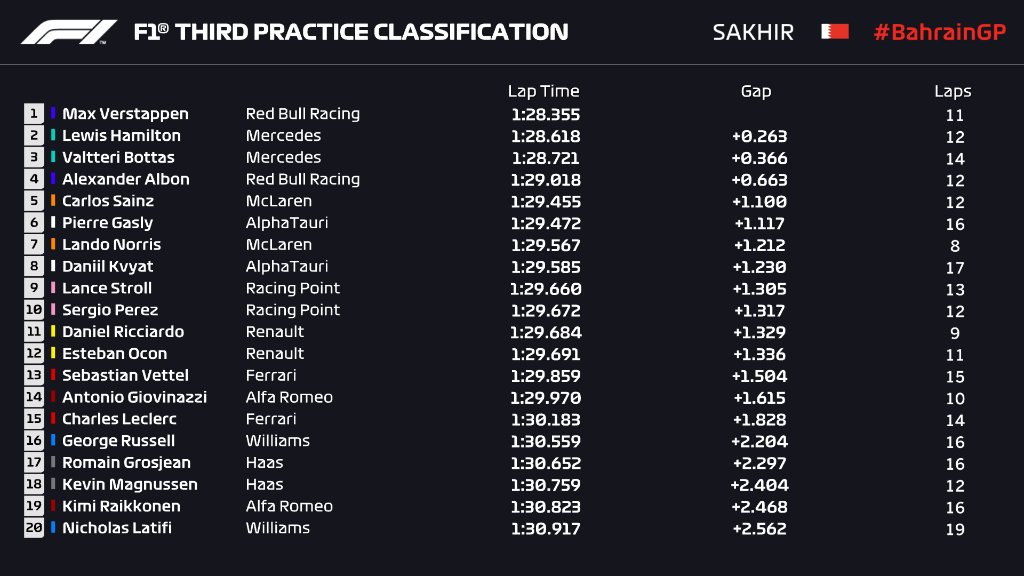