Button: Alonso is going to be very different 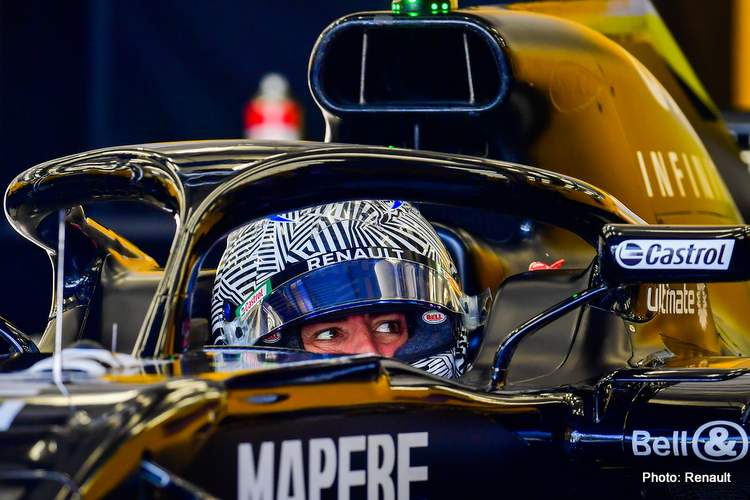 Jenson Button believes the once self-centred Fernando Alonso has matured during his years away from Formula 1 and is now more of a team player as the great Spaniard returns for another chapter in the top flight with his alma mater Renault.

Jenson and Fernando were teammates at McLaren for three years, enduring the team’s worst period together, but giving the Briton good insight into the ways of the Spaniard, who has been notoriously self-centred, in the manner of true champions, during his illustrious career.

Fernando departed F1 in 2018, frustrated with the state-of-play which saw him imprisoned in a backmarker car, but and has since added two Le Mans victories and a WEC title to his CV, while exploring off-road racing through the daunting Dakar during his sabbatical. And a Netflix movie as a by-product of his adventures.

The 39-year-old is testing with Renault and is set to return as the best-prepped veteran ever, already hanging out with the team at select races, clearly fully fired up for the project.

If he could he would race in Bahrain next time out, that’s his motivation right now according to Spanish media who are chomping at the bit for the next coming of the man that put F1 on the map in his MotoGP-crazy homeland.

Jenson, likened Fernando’s return to that of Kimi Raikkonen – the Finn taking a sabbatical, dropping out in 2010 and 2011 before his return for another decade in the top flight.

“[Kimi] got away from F1 and spent a few years away, and realised how good F1 is,” explained Jenson in an interview with Motorsport Network, That’s why they go back, and that’s why Fernando is going back.

“It definitely helped him and Fernando will come back a better driver as well I think. Whether he’s more skilled as a racing driver, or if it’s the way he works with the team, I think he’s going to be very different.

“It will be interesting to see, because ‘the Fernando’ from four years ago or three years ago, you wouldn’t want in your team. But now I think he’s much more of a team player and understands that it is necessary to succeed,” ventured the 2009 F1 World Champion.

Renault will morph into Alpine next year as the French auto-giant seek to market the sporty brand in their arsenal, with Fernando leading the team alongside Esteban Ocon, as Danie Ricciardo departs for McLaren.

Wherever the season starts next year, Fernando will be on the grid for his 312th Grand Prix start and will be looking to add to his 97 podiums, as well as his 32 F1 victories and, who knows, perhaps even the two titles he already has.

Be sure, that’s what he is thinking ahead of this next episode of an extraordinary career.