Wolff: I expect a big push from Honda 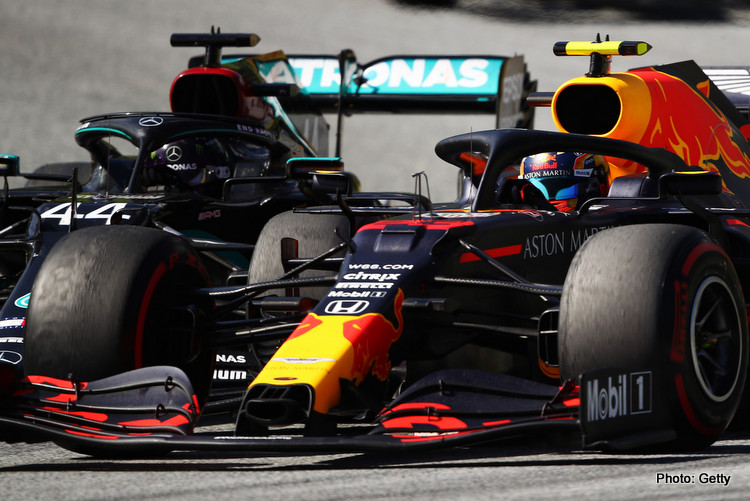 Red Bull-Honda remain a serious threat for the 2021 Formula 1 season despite the imminent end of their partnership, warns Mercedes boss Toto Wolff.

A partnership that, while resulting in race wins has left much of its promise unfulfilled, Honda announced last month it was leaving Red Bull and F1 in order to focus its efforts elsewhere.

However it still has one season to go on its deal with the energy drinks manufacturer, and with the promise from the Japanese giants of a completely new power unit, Wolff is wary Red Bull could yet make the leap from “best of the rest” to legitimate title contenders.

“We always worry,” he said of such a possibility. “Because you can say that this season was probably our strongest and with the biggest gap, but there was rarely more than three cars in front.

“Max [Verstappen] is also doing a fantastic job. He’s probably driving better than the car is actually capable of bringing. It’s like a deja vu every single weekend where you have these three amigos out in front and he’s just clinging on with his finger tips to the Mercedes.

“Therefore next year, Honda is going to give it a big go I guess in the last season, and everybody at Red Bull is going to be motivated. Last but not least, Max.”

Expanding further, Wolff forecast that two major challenges for his team were on the horizon.

“Next year will be a transitional year with the same machines. As I’ve said before, I expect Honda to give it a big push.

“And then obviously this big challenge of [the regulatory overhaul in] 2022 is on the doorstep. That will motivate us.

“Everything has been done to stop us. We will all fight on a level playing field financially and everything is pretty much capped.

“I’d like to see us continue to perform well, even through this most dramatic regulatory change that has ever happened in F1.”