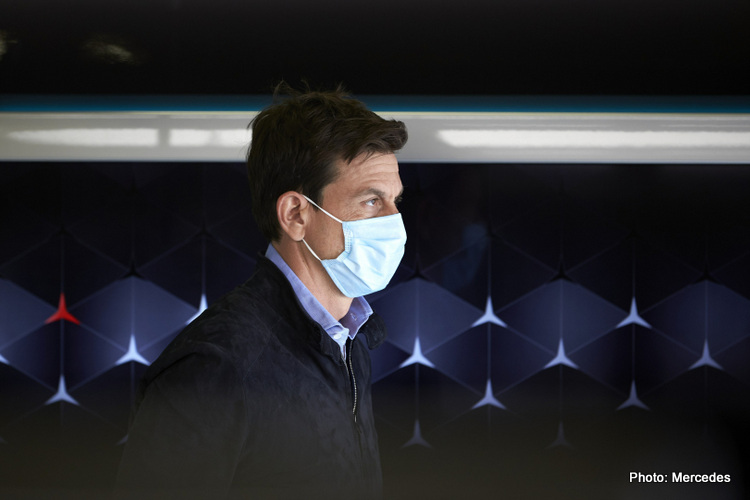 Mercedes boss Toto Wolff says there was never any serious chance of him becoming CEO of Formula 1, as rivals Ferrari would’ve exercised their veto.

Speaking after the confirmation of former Ferrari boss Stefano Domenicali in the role on Friday, Wolff acknowledged there had been “initial discussions” with Greg Maffei, president of F1 commercial rights holder Liberty Media, but they didn’t progress any further.

“I think everybody knows that there were some initial discussions with Greg, and it never went anywhere,” he told reporters. “We get on well, I respect Greg Maffei a lot for what he has achieved, but I love where I am.

“I found out that I love the stopwatch so much, the competition and the racing, that where I am today, co-owner of the team with Mercedes, I have to pinch myself every single day.

As part of the existing Concorde Agreement, Ferrari retain the right to veto major F1 decisions provided they have due cause. According to Wolff, seeing an ex-team principal who has occasionally butted heads with them in recent years would provide such cause.

“I know that. But that’s okay. They have this right and if you have that right, it’s very easy to – I respect it, absolutely, I would’ve probably had the same thoughts.

Indeed, Wolff says the announcement of Domenicali, who ran the Scuderia from 2008 to 2014 before moving to Audi and most-recently Lamborghini, is a “great move from Liberty”

“I think Stefano is foremost a man with a great personality, integrity, and knowledge of the sport,” he said.

“He’s been a sporting director, a team principal, has gone through difficult times and successful times, has been involved in the Audi Formula 1 project for a while and at the end was the guy that led Lamborghini to tremendous performances – financial performances and also honestly the cars are great. I think he’s a very very good choice for the role.”

Additionally, Wolff suggested Domenicali shares his vision for a sport without “artificial things” such as reverse-grid races.

“He’s a purist, but equally understands that you need to keep your spectators and your audiences interested. So I think that balance is really complicated to have right. And I think he will get that right.”