Camilleri: Total confidence in Mattia Binotto and his team 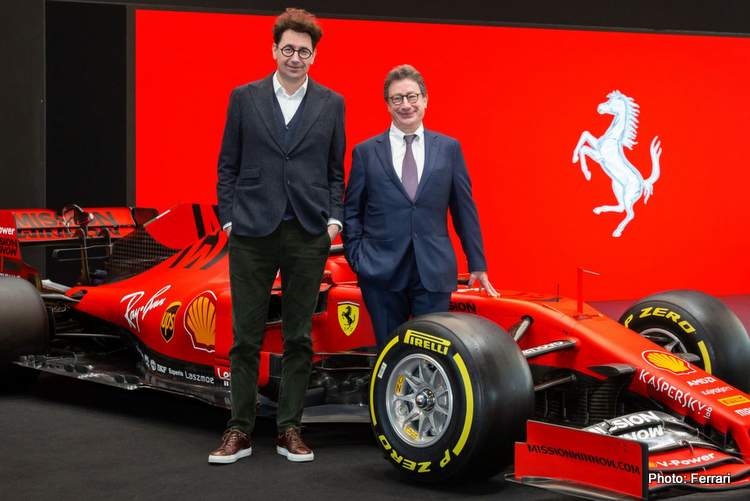 Amid mounting speculation regarding Mattia Binotto’s future as Ferrari team principal, all conjecture has now been put to rest by CEO Louis Camilleri.

With the sport’s greatest team enduring its lowest ebb in a decade, Maranello is in crisis with the Binotto experiment clearly failing as the engineer turned team principal has overseen one of the worst F1 projects in the history of their illustrious history. And the end is nowhere in sight.

But Camilleri has kept the faith and told the New York Times, “I have to say I have every confidence in Mattia Binotto and his team.

“The results aren’t there to prove what I’m saying, but these things take time. Regretfully in the past, there has been too much pressure and a history of people being let go. There was somewhat of a revolving-door atmosphere, and I’m putting a stop to that.”

In the report, Camilleri underlined the importance of stability, referring to the Todt-Schumacher era and the Scuderia’s most recent rivals on track pointing out that it takes time and a solid team without too many personnel changes, something that has been lacking at Ferrari in recent years.

“What we need is stability and focus. If you look at Red Bull’s period of winning championships, Mercedes today, other than talent, one of the key things they had was stability, and that’s something frankly our team has been lacking.

“If I look back at the calibre of Jean Todt, Michael Schumacher, Ross Brawn [technical director at the time] and all those guys, it took them six years to get to what they ultimately became — this phenomenal winning team,” he said.

“So I want to ensure that stability remains in place, despite the unbelievable pressure there is on the team, particularly from the Italian media, who are quite brutal at times, calling for heads to roll, but that’s not the solution.

“This doesn’t mean, however, that we won’t consider injecting additional skills and resources into the existing team. Getting people to work more in teams, that always takes a bit of time. You don’t change cultures overnight.

As for ‘first-prize’ timeline to return to winning ways, Camilleri ventured, “I would hope that by 2021 we can certainly improve on this season.

“For 2022, the new regulations come into play, and every time there has been a huge revolution in terms of the technical framework, it gives an opportunity for teams to be one up on the others. That’s our hope.

“We have the talent, work ethic and determination to get there, and I’m confident we will be up there battling again.”

Camilleri also confirmed that the Scuderia is looking with interst at other racing programmes outside of F1, “We’re studying Indy,. It depends somewhat on the flexibility in terms of their future regulations.”

But, interestingly Formula E does not feature on the agenda, “We don’t feel it’s necessarily road relevant, while a lot of Formula E is very standardized.

We like to go to places where we can differentiate ourselves. It’s hard to see where you can get a competitive edge,” added the Ferrari big boss.