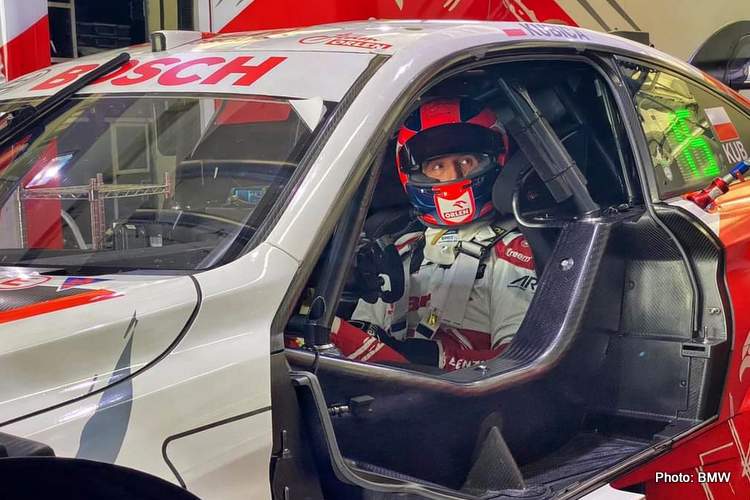 Last year this time, Robert Kubica was enduring a tough time on his remarkable comeback to Formula 1, with a Williams team in dire straits he was comprehensively outshone by his teammate.

Notably, the Williams adventure failed for Robert because the team were incapable of giving their drivers a car that was better than anything but the back row, and that’s where they remained for the large part of the season.

Kubica’s performance, relative to rookie Russell in the sister car, left a great deal to be desired and soon talk of inferior equipment surfaced. The whole chapter remains clouded, despite the immense achievement it was to get back onto the grid after his horrific, life-altering rally crash in early 2011.

The DTM ‘script’ is mimicking the 2019 F1 episode; on confirmation that he would be one of 16 drivers contesting this season racing fans celebrated and the German tin-top series were braced for another big name on their stage.

But again the fairytale has taken a sombre turn as Kubica’s struggles continue, as his results show:

Hardly glowing results, thus tough questions are being asked by German media in the wake of two last-place finishes last time out at Lausitzring.

Sven Haidinger writes of Kubica’s troubles in his Motorsport-Total column, “Anyone who said difficulties were to be expected is fundamentally right, as hardly any ex-Formula 1 driver moving to DTM so far has been able to cope immediately. We remember Ralf Schumacher, David Coulthard, Heinz-Harald Frentzen…

“And even old hands despair at trying to get the Hankook standard tires into the correct working window. Furthermore, DTM cars have significantly less grip than F1 and the tyres don’t like it at all when you trail-brake and expect too much from them. So simple, yet so complicated!

“But what Kubica is delivering this year is unfortunately embarrassing. The Lausitzring weekend shows that all too clearly: In both races, the 35-year-old ART-BMW customer driver finished last.”

However, there were flashes of what might be and some inspiration when Kubica popped up 11th on the timing screens, for the first time this season the Pole was within a second of pole.

Haidinger continues the story, “After Sheldon van der Linde stalled his car at the start, he was even tenth for a short time and his loyal fans who, despite the ban on spectators always ensure that the giant ‘Forza Kubica’ banner is draped in the grandstands at every race, were given hope briefly.

“But then he was left standing like a complete beginner: On the fourth lap, four rivals fought past leaving him no chance.

“A look at the list of the fastest race laps shows how dramatic the situation is: Kubica’s personal best of 1:39.978 was 1.540 seconds slower than Jamie Green’s best –  consider that the whole field in this ranking was within 0.864 tenths – Kubica is racing in another world.

“And even on the partly wet Saturday, when the driver plays a bigger role, he wasn’t better, he was actually worse,” reported the writer.

When Robert’s shortcomings were exposed last year against Russell at Williams, it did not take long for the car to get the blame. But a mid-season swap did nothing to close the gap between teammates. Many believe it was a smokescreen to soften the reality of under-performance

Once again Kubica, whose F1 and DTM funding comes from Poland’s oil giant PKN Orlen, believes his BMW is the problem and said as much in his post-race interview with Przeglad Sportowy, “I don’t think the situation is any different from what was at the Spa. The sensations and lack of grip and performance of the whole package were also in the Spa and they remain.”

“[At Lausitring] it was more visible because with a shorter lap you have more time to tune everything. Other teams and drivers had more time too. We were hoping to be able to check and improve something on Friday.

“That worked out, but I think we’re at the same point. It looks like it’s not a matter of changing one or two parameters in the car tuning. There is something bigger that is holding us back. There’s not necessarily one problem. The fact is the situation is tough.

“If you’re going out for qualifying and drive 0.4s slower than the last-but-one driver, it’s probably not normal,” conceded Robert.

Nevertheless, BMW are keeping the faith with the man that won them their only Grand Prix as a constructor when he triumphed in Canada in 2008.

BMW motorsport boss Jens Marquardt is quoted in the report, “I think it’s really for him to settle into the whole thing here. I mean Spa, difficult. We struggled overall as BMW at Spa, [it was] difficult for him there.

“[At Lausitzring] I think we’ve seen progress already. We all know how difficult DTM is, how difficult the car is to drive, to extract the maximum out of it. And he’d be getting closer and closer, but I think it will take him a few races.

“Obviously from our side we do everything to help him and the team better understand to get to grips with everything,” added Marquardt.

In 2011 he departed testing as the fastest man and a bumper year was expected for him with Renault and the handy chassis they had delivered for that season. He had also inked a deal to join Fernando Alonso to form a Ferrari super-team.

But a bunch of ‘wrongs’ conspired to change the course of history and his life: wrong rally, wrong car, wrong barrier.

Nevertheless, what he has achieved since then has been of mammoth proportions, bravery beyond words and that he made an F1 come back against all the odds is the stuff of legend. Total Respect!

But now the legacy is suffering yet again, this time in the spotlight of DTM. Begging the question: Is it time to call it quits Robert?