Di Montezemolo: Hybrid was not part of our motoring culture 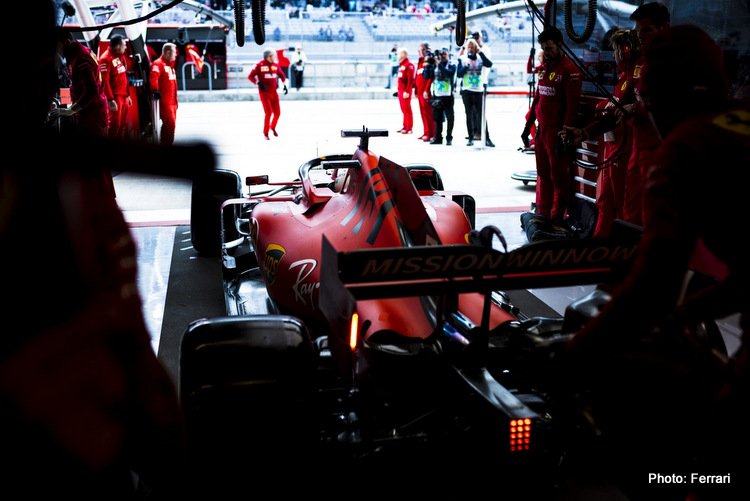 With Ferarri in disarray, the team technically down the wrong garden path since last year’s PU clampdown, leaving Tifosi desperate for a solution to see their team emerge from the dark tunnel of the midfield and start challenging hard for Formula 1 victories again.

According to Mattia Binotto’s handpicked technical team, this is not going to happen any time soon. With that in mind, legendary Italian scribe Leo Turrini decided to tap up his friend Luca di Montezemolo for his thoughts on the state of Maranello and wrote about it in his respected and well-read blog.

While Charles Leclerc delivered a high-end performance to claim fourth place knowing well that the SF1000 is not a top-five car and only the prowess of the young Monegasque that salvaged some pride for the Reds on Sunday at the 70th Anniversary Grand Prix on Sunday. Out of sorts Sebastian Vettel was 12th after a mistake on the opening lap relegated him to the back of the field.

Importantly, Turrini as a journo and Di Montezemolo as team boss at Ferrari are of the same generations, their careers developing in tandem – one in business and the other in media.

They remember the good times under Di Montezemolo when he spearheaded the Ferrari revival in the seventies, with Niki Lauda, and then, two decades, later lifted the team out of the doldrums with the Michael Schumacher led Dream Team that spawned Maranello’s finest chapter to date.

Asked about his thoughts on the current state-of-affairs at the sport’s most famous team, Montezemolo began, “What do you want me to tell you? I suffer like every one of the fans. Ferrari remains my family, it will always be…”

As for the past glory days he presided over, the former Ferrari president said, “I prefer to think about the future. In fact, if you allow, I would criticize myself…”

How so? Di Montezemolo continued, “I was president of Ferrari when it was decided to switch to hybrid. I accepted it because the green turning point in the industry was also a necessity for racing.

It is no secret that Mercedes embraced the hybrid-power unit technology far better than anyone else and, as a result, have totally dominated Formula 1 since 2014 when the new formula became the rules in the top flight.

On that front, Di Montezemolo does not harbour resentment to the German manufacturer, “Congratulations to those who prove to be stronger. Precisely for this reason, I say that we must look ahead.”