Ferrari: We are not able to fight for the win in a Grand Prix 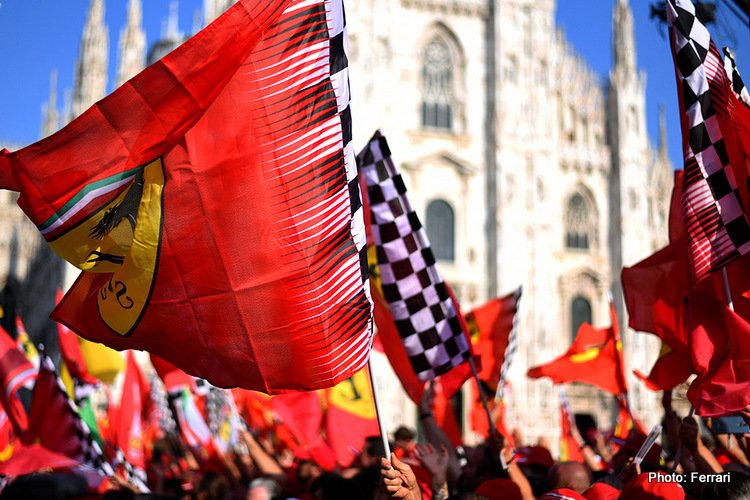 Ferrari continue to lick their wounds, further exacerbated after a pummeling at Silverstone on Sunday, as they prepare for another round of pain for Sebastian Vettel and Charles Leclerc in the hapless SF1000.

Fresh from hosting last Sunday’s British Grand Prix, the hallowed Northamptonshire circuit has the honour of hosting Formula 1’s 70th Anniversary Grand Prix, however, the Scuderia is predicting another bleak weekend for the Tifosi.

Enrico Cardile Head of Performance Development said as much in the team preview, “We know that at the moment, we are not able to fight for the win in a Grand Prix, but that does not mean we are any less motivated. The aim is to do our best, day after day and to bring home as many points as possible for us and all our fans.”

Despite their on-track turmoils, Ferrari are relishing the history of the occasion and said in the preview notes, “There could be no more appropriate circuit, as the first-ever race to count towards the championship was held at this former Royal Air Force airfield on 13th May 1950.

“It has a special significance too for Scuderia Ferrari as the following year, on 14 July 1951, it took its first-ever win here, courtesy of Argentina’s José Froilàn Gonzalez in a 375 F1. For the first time ever, a round of the World Championship does not have a name featuring some form of geographical location.

“It’s not always been the name of the country, as there have been races called the Grands Prix of Europe, the Pacific and more recently Styria, as well as others taking their names from the city that hosts them, as was the case with Indianapolis, Pescara, Las Vegas and Dallas.”

With regards to Round 5 on Sunday, Cardile added, “On the technical front, the SF1000 will be in the same configuration as last weekend. We will try to optimise every aspect, especially in terms of tyre management over a long-run.

“In fact, Pirelli is supplying a range of compounds that are a step softer compared to those used in the British Grand Prix. All the teams thus face a new challenge, both in qualifying and the race,” he added.

Ferrari have secured 14 wins, 11 pole positions and 45 podiums overall at the former airfield.