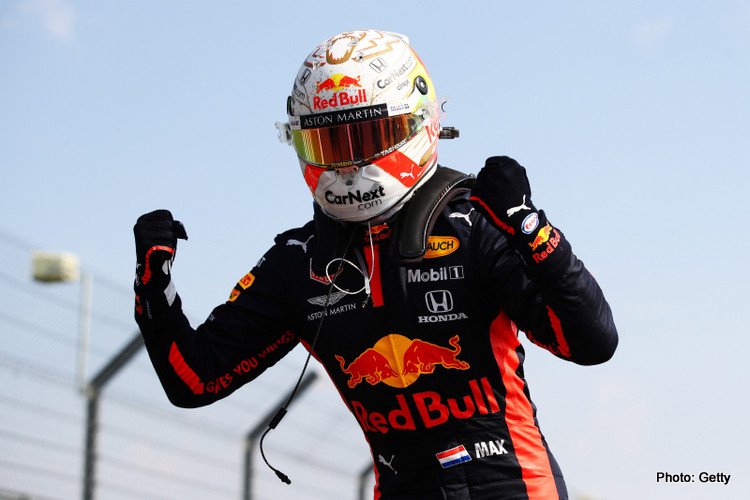 In a season that has seen Mercedes produce one of the most dominant cars ever, Red Bull’s Max Verstappen managed to flip the script with a tyre management masterclass at the 70th Anniversary Grand Prix on Sunday.

Beating Lewis Hamilton by 11.326 seconds, Verstappen delivered Red Bull’s first win since the 2019 Brazilian Grand Prix in a car many thought was not capable of victory.

For all the pure pace advantage the Mercedes W11 has, Sunday’s 43°C track temperatures, combined with tyres a step softer than last week’s race at Silverstone proved the great equaliser, with Verstappen doing the superior job of extracting both performance and longevity.

Starting on hard tyres to the Mercs’ mediums, Verstappen managed to eke out a 25-lap stint to open the race, while both Hamilton and third-placed Valtteri Bottas pitted much earlier and even with their own sets of hards, suffered from severe tyre blistering.

Afterwards, Verstappen suggested even he was surprised by the result, “I didn’t see it coming, but after the first stint it seemed like we were really good on tyres.

“Of course there was a question mark how Mercedes were gonna go on the hard tyre. We had a lot of pace in the car and I didn’t really have a lot of tyre issues at all. We just kept pushing. An incredible result of course to win here, everything worked out well. I’m incredibly happy.

“We haven’t really had an opportunity in all the races so far to push them and I could see we were pushing them. I tried to put the pressure on, they had to pit, I did my own pace,” he added.

His first time off the top step of the podium in four races, Hamilton admitted he struggled with the “massive challenge” of managing his tyres in the heat.

“Firstly, congratulations to the Red Bull team and to Max,” he said. “They definitely didn’t have the qualms we had today.

“Definitely unexpected to have the blistering as hardcore as we experienced. But I’m really grateful to progress and manage my way through until the end.

“I’m sure the team will be working as hard as they can because we’ve not had that [tyre issues] before. I don’t know if anyone struggled with blistering like we did.”

Bottas, who had started from pole, was even more despondent.

“Very frustrating,” he admitted. “Obviously starting from pole and finishing third is not ideal.

“As a team we were sleeping at some point when Max managed to get ahead of us and my strategy was far, far from ideal. Lots to learn from today, I think.”

As a result, Verstappen now has a race win in each of his five seasons with Red Bull, and moves to second in the 2020 driver’s championship with 77 points, 4 ahead of Bottas and 30 behind leader Hamilton.

Outside the podium places, Ferrari’s Charles Leclerc led the way with another strong driver, finishing almost ten seconds ahead of Verstappen’s teammate Alexander Albon, who made some superb passes on his way to P5.

The Racing Points of Lance Stroll and Nico Hulkenberg finished 6th and 7th respectively, the latter demoting himself with a late pit stop for soft tyres.

Esteban Ocon was 8th in a solid performance for Renault, just edging out Lando Norris’ McLaren by 0.771s.

Ferrari’s Sebastian Vettel was P12, a first-lap spin destroying any chance he had of making forward progress on the afternoon.

Carlos Sainz was P13 in a quiet afternoon, although the same can not be said for P14 Daniel Ricciardo, the Australian suffering an untimely spin of his own that cost him a potential points finish.

Kimi Raikkonen moved-up from 15th after starting 20th, ahead of the Haas of Romain Grosjean.

Antonio Giovinazzi was P17, while the Williams pair of George Russell and Nicholas Latifi brought up the rear in another damning indictment of their car’s race pace.

Haas’ Kevin Magnussen was the only retiree for the afternoon, his race over on lap 41 with an undisclosed issue. 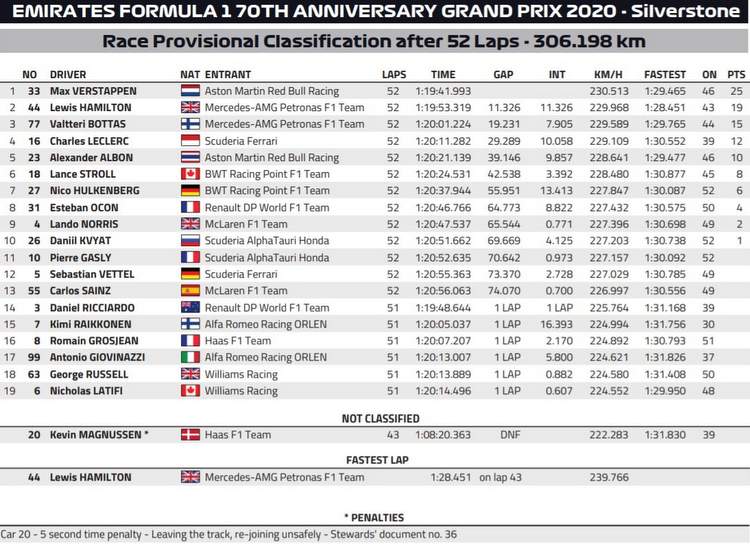 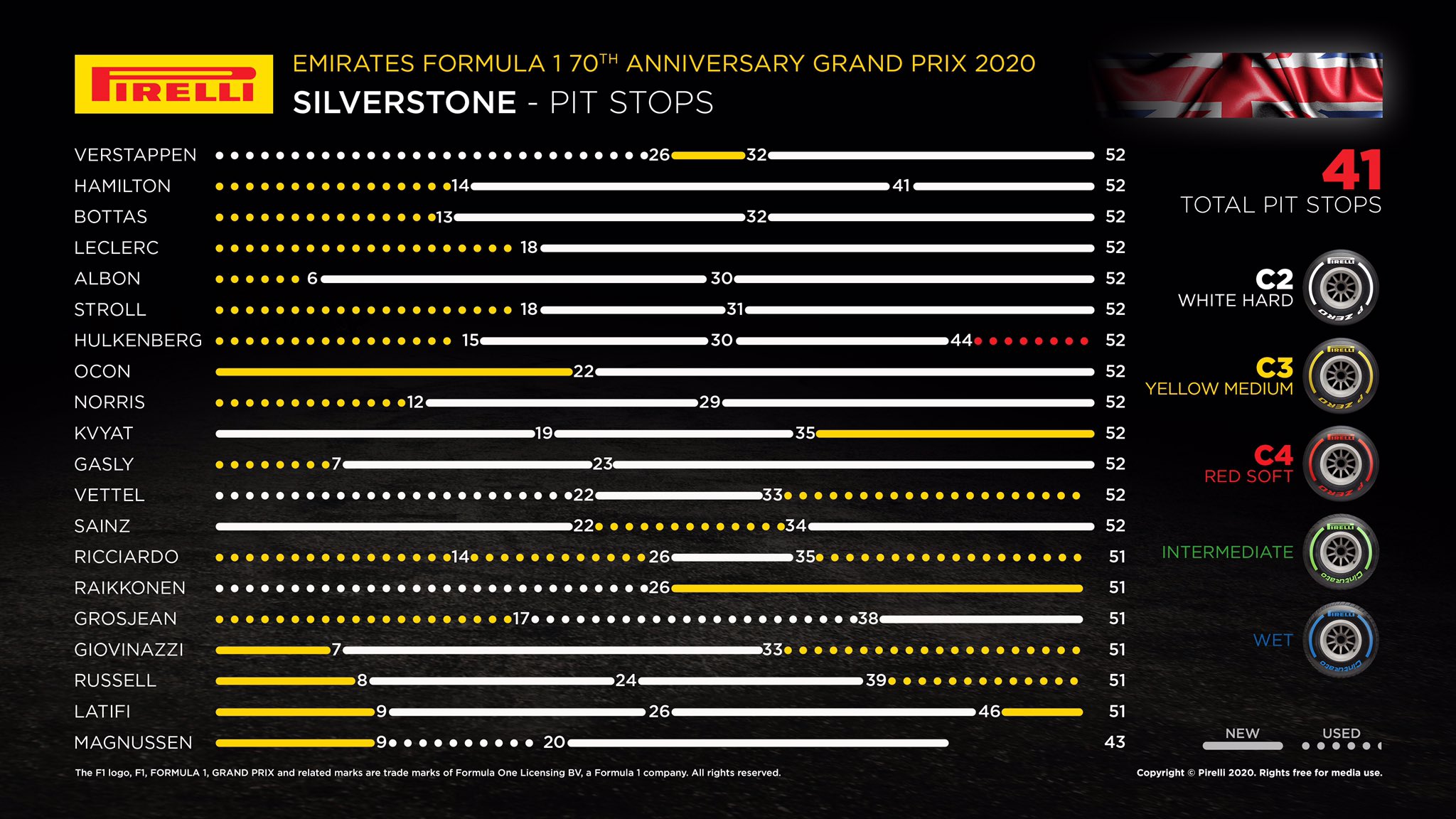 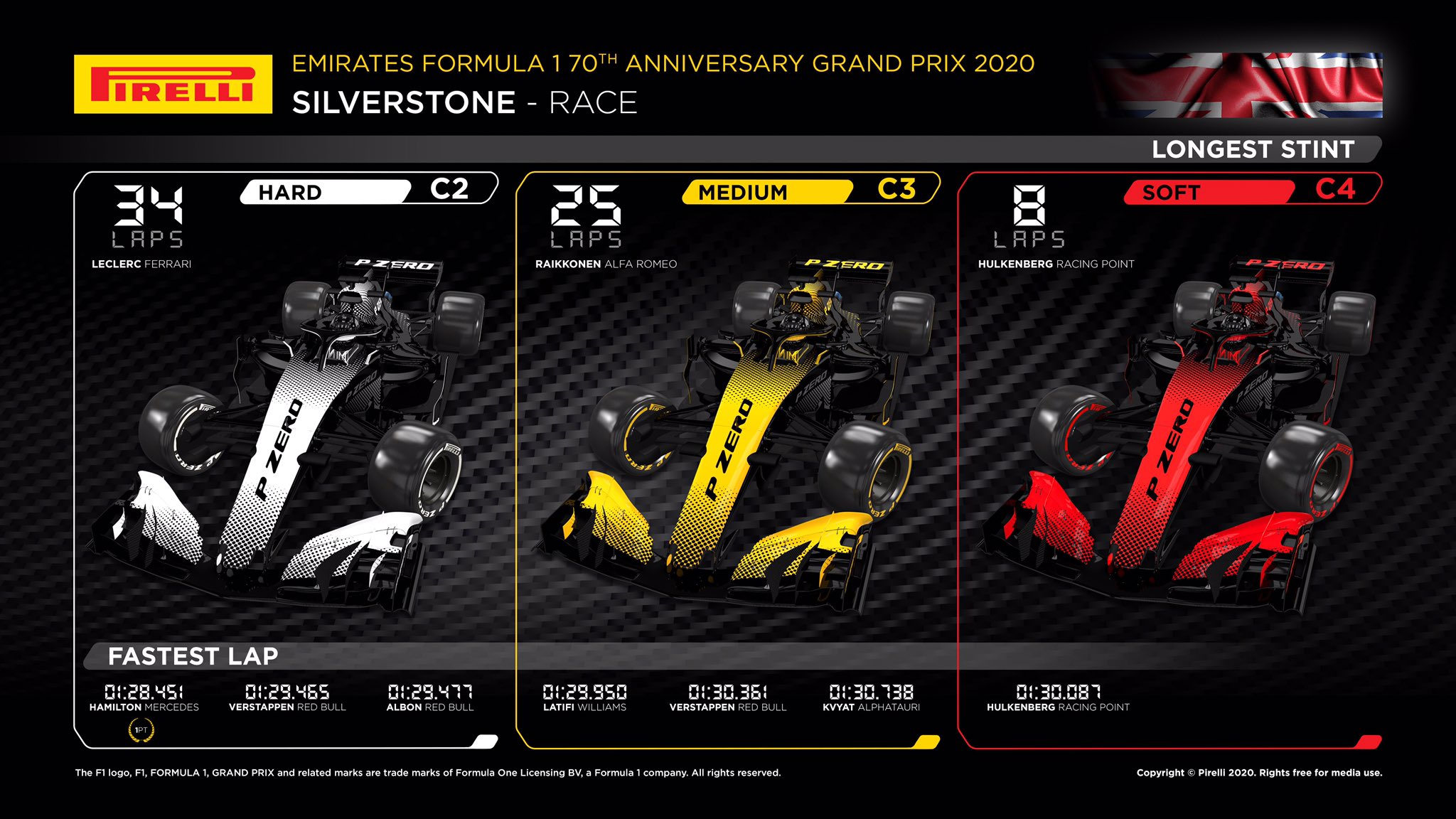 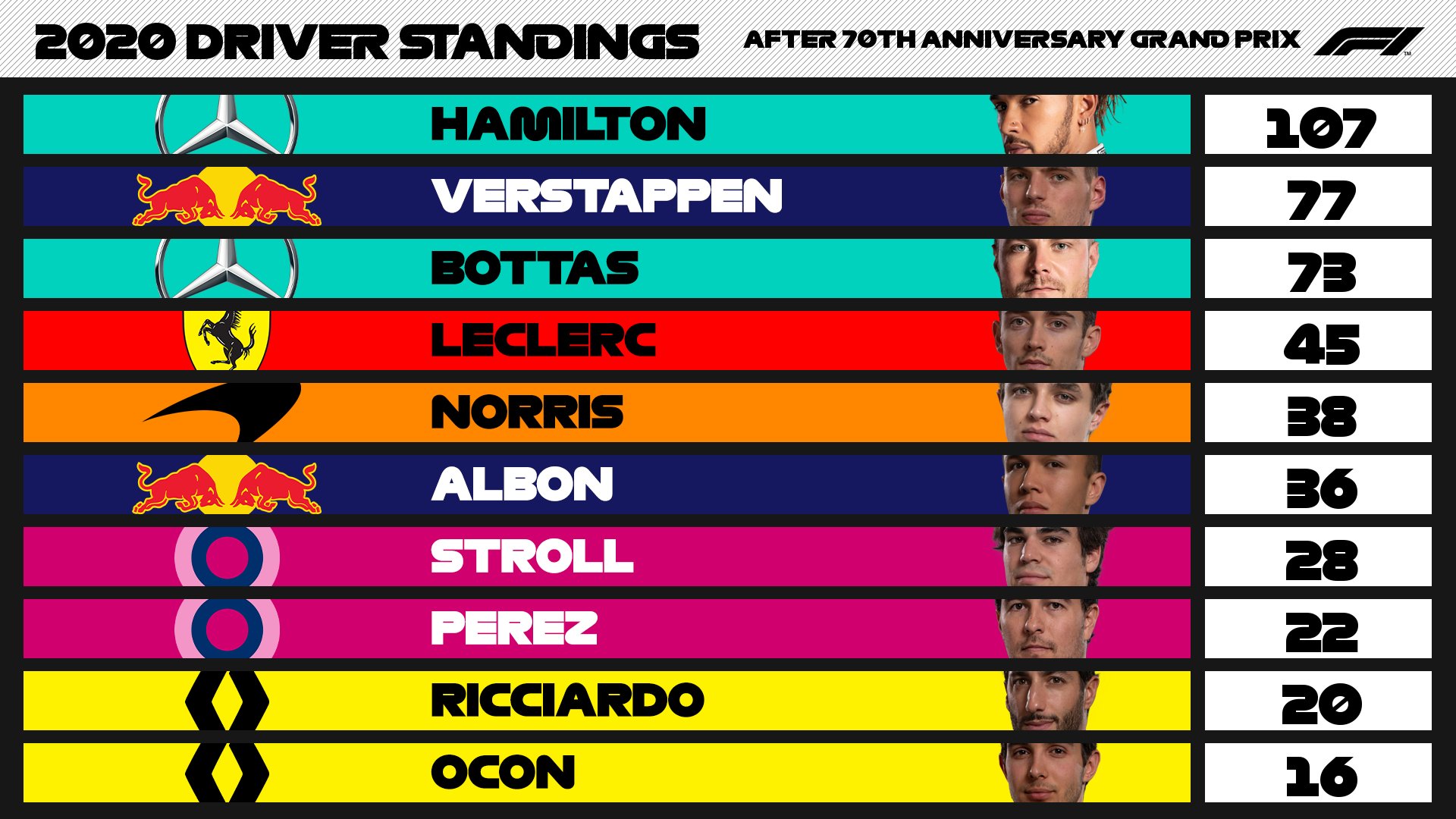