Red Bull to test wealth of upgrades in Friday practice 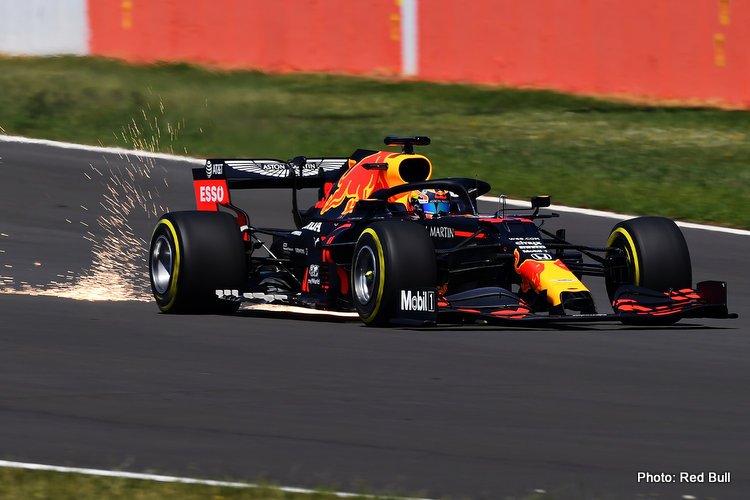 Red Bull are looking to trial a wealth of upgrades in Friday Practice for the British Grand Prix this weekend.

The team has had a rocky start to 2020 with team principal Christian Horner admitting the RB16 has some “anomalies“.

Red Bull have seemingly found themselves to be Mercedes’ nearest rivals when it comes to race pace, but have still failed to match the reigning champions’ pace.

Their home race at the Austrian Grand Prix brought a double retirement for the Red Bull, losing Max Verstappen early and Albon dropping out late in the action.

Verstappen, Red Bull’s protagonist in the drivers’ championship,  sits 30 points off leader Hamilton. It gets worse in the constructor’s standings as Red Bull may sit in second place, but lay 66 points adrift of Mercedes after three races.

Both Albon and Verstappen have complained of balance issues with the RB16. In an attempt to try and stabilise things and bring the gap to Mercedes down, Red Bull are bringing “a lot of new parts to the car” this weekend.

“They are different parts, to see what works, what doesn’t, and where we can still improve,” said Verstappen.

“I mean this is of course not from one week to the other that it is going to be solved. We need a bit more time for that.

“But, yeah, we’re working on it, and we’ll just find out by trying it on track as well, to know if we’re heading into the right direction.”

In qualifying for last years British GP, Verstappen was able to remain within two-tenths of the Mercedes duo. With the W11 expected to be perfectly suited to Silverstone’s high-speed nature, the Dutchman is looking to be within half a second of the likely pole-sitters. However, he hasn’t ruled out the gap being as big as a second.

Whether the upgrades will bring Mercedes some competition or not is yet to be seen, but Red Bull haven’t given up the chase just yet.