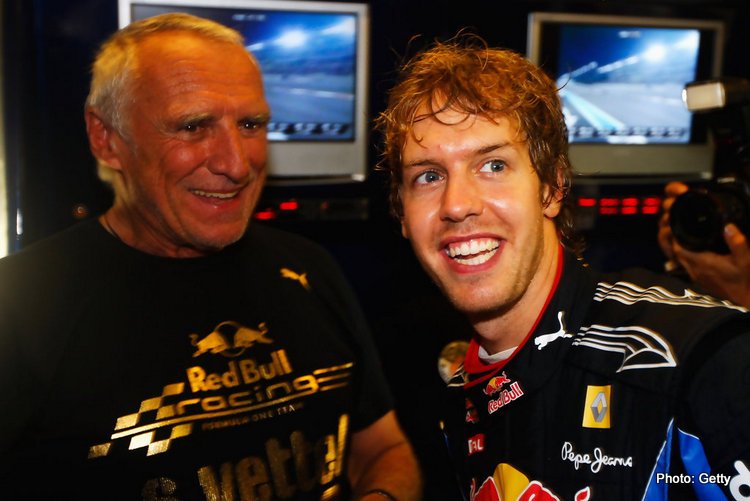 Sebastian Vettel could yet return to Red Bull if team owner Dietrich Mateschitz gets his way, according to reports in Italian media.

Thought to have been ruled-out as a destination for the soon-to-depart Ferrari driver after team principal Christian Horner’s comments last week in Austria, both Autosprint and Sky Italia are reporting Mateschitz is still pushing heavily for Vettel’s return.

A four-time Formula 1 world champion with Red Bull from 2010-13, Vettel has maintained a close relationship with Mateschitz since he left the team in 2015, with the latter seeing this as a chance to bring his ‘prodigal son’ back home.

Adding to the rumours, the relationship between Red Bull and incumbent driver Alexander Albon is speculated to be on rocky ground, with the Thai lashing-out on team radio after another underwhelming performance on Saturday, qualifying 13th for the Hungarian Grand Prix.

And while the energy drinks outfit has AlphaTauri drivers Daniil Kvyat and Pierre Gasly waiting in the wings, both have failed in previous stints with the senior team.

That said, concerns are likely to still remain with how Vettel would gel with lead-driver Max Verstappen, given both the former’s clashes with Ferrari teammate Charles Leclerc, and the latter’s famously fiery personality.

Additionally, Vettel has been heavily-linked to with a switch to Racing Point/Aston Martin in 2021, although both current drivers Lance Stroll and Sergio Perez are under contract until 2022.