For Argument’s Sake: How can F1 make free practice relevant? 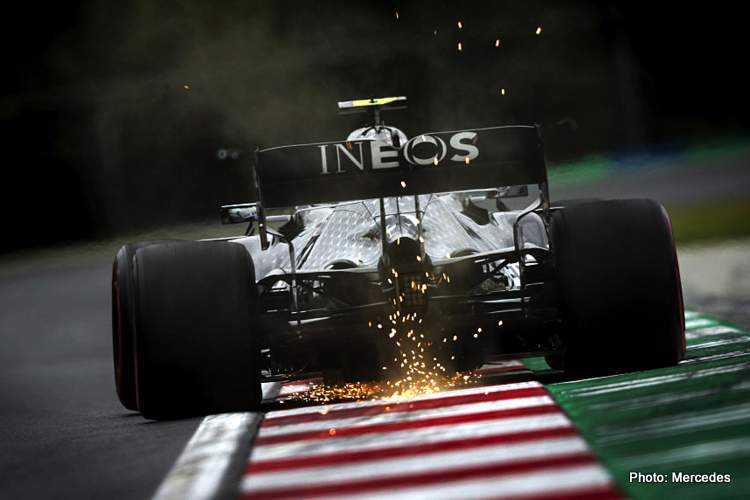 Formula 1 practice sessions… can they be made more relevant or used to ‘spice-up’ the build-up to any given Grand Prix weekend during the four hours of track time afforded teams to prepare for qualifying and ultimately the race.

Or should they remain as they are?

There is a sensible argument that follows the ‘if it ain’t broke, don’t fix it’ ethos which would mandate keeping things as they are… but, for argument’s sake, revamping the whole format, perhaps even reducing the running of practice to compact Grand Prix weekends into two days is worth considering.

As F1 strives to attract more fans, while keeping the current batch happy, it has been suggested more than once that reevaluating practice sessions in this age of bullet-proof reliability.

Compared to a decade ago and before, cars don’t break like they did in the ol’ days. Failures are less and thus the need to ‘practice’ as such is questioned.

Thus we put the question of perking up (or not) F1 practice to our panel and this is what they had to say:

William Dodds: “Often dismissed as an exercise that only reinforces the inequalities that exist in Formula 1, I feel like one of the few people that enjoy the current free practice set up. For fans on the ground, it is a wonderful opportunity to see the cars in action for a full day, while for those at home it brings a level of tension and excitement for the weekend ahead.

“There is something to be said for the amount of practice contributing to boring racing and predictable strategy, but the current technical and sporting regulations also play a part. Given the lack of testing the drivers get away from a race weekend and relatively limited running time for fans to enjoy, I do not see why so many people want rid of practice. Much like the argument surrounding the number of races in a season, for me less is not more.”

Paul Velasco: Anything that means less track time gets a big NO from me. As a traditionalist, I enjoy watching practice as one does watching a round of golf or a five-day cricket test match. Comfortably numb absorbing the ‘action’ and lazily savouring the commentary. I like that.

But its hardly maximising the potential of what can be done in this day and age, so I will wear my radical ideas hat and propose the following for F1:

Ben Stevens: This might be a little convoluted, but bear with me here. What Friday practice needs is consequences, but the kind the teams would agree to, hence my proposal: divide Saturday Q1 into two 10-minute halves of one-shot qualifying, and have the order the cars go out in the first half set by times in Friday FP1, and the second half by times in FP2.

“So drivers get two flying laps total, with their order determined by their Friday performance (afterwards Q2 and Q3 would proceed as normal), making both practice and Q1 more exciting – now that’s what I call a win-win!”

Sam Tomlinson: “It’s become clear that something needs to change. With four hours of combined practice available on Friday and Saturday, it just doesn’t sit right that when it comes to air time, the majority of a weekend is made up by the dress rehearsal.

“The testing of new components, race and quali sims, as well as general setup tweaks, only is overkill, only contributing to the scripted nature of the sport we are currently seeing.

I’m all for drama and excitement. Get rid of practice components such as the gearbox in favour for universal parts – after all, we are all for cost-cutting and a greener sport. Although F1 has gotten comfortable with it’s Fp1, 2 and 3 schedules, this shouldn’t mean we shouldn’t strive for a change.

“Change is good! I think we should strike off at least one practice session, making the driver’s ability and feedback all the more crucial. I wouldn’t be opposed to NASCAR’s current no practice at all approach, but maybe that’s a bit too radical…”

Jorge Girao: “I believe that it would be difficult to slash the Fridays from the F1 GP programs, as the countries who pay handsomely to FOM want to have the fastest circus on Earth as long as possible inside their borders for economic reasons.

But I believe it would be possible to do some arrangements to make things more exciting.

First, the Friday morning session would be just a ninety-minute test for rookies. The big teams could test their academy drivers and the smallest could have a new source of income, with some drivers paying for the privilege of being a real test drive.

In the afternoon session, the racing drivers would be in the cars straight in for the first, hour-long qualifying session. This way, the teams wouldn’t have the cars optimised around each driver and there would be some space for the unknown, unlike today.

Similarly on Saturday with both sessions colluding with the Friday afternoon session to set the grid for the race on Sunday. This way, there are Friday headlines to be had, this giving the day a sense of purpose, and the starting grid might well be less predictable when combined with two qualifyings sessions on Saturday.

For Argument’s Sake: How can F1 make free practice relevant?