Inside Line: That’s why supreme Lewis earns the big bucks. 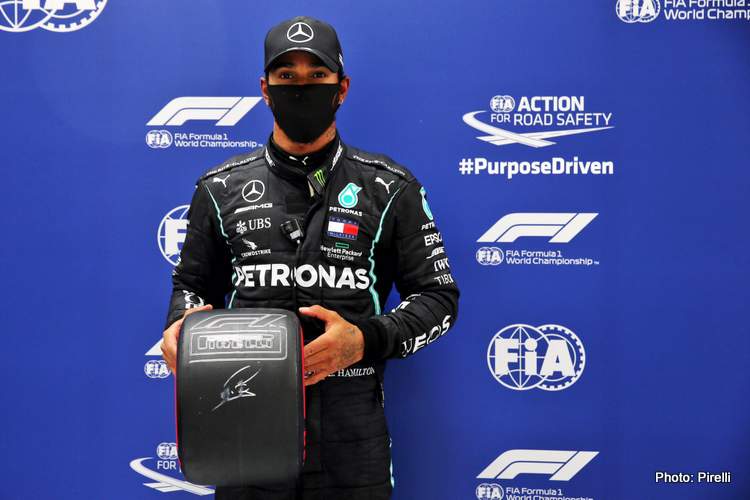 I must confess that I was surprised they ran qualifying for the Styrian Grand Prix, pleasantly so as this season has been delayed enough and scrapping FP3 hurt, any running is good running in my book because I could watch Formula 1 247.

And what a cracker it turned out to be as Ben Stevens reported, so I will cut to the chase and focus in on pole winner Lewis Hamilton. What a lap! Where did that come from?

Prior to that stonker he was not quite finding the sweet-spot, but when he did, he put down a marker of a lap that will be watched often.

We called for F1 to unleash the Rainmasters and they did, with Lewis being the best of them all, hence the $40-million or so he banks each year. When digging deep is needed, Lewis burrows deepest and fastest, as this time out he pulverised the opposition by 1.2 seconds.

Granted, Max Verstappen would have been substantially closer but the Red Bull driver made a mistake when it matters. Lewis made none on the day and the Dutchman admitted he did not have the pace of the #44 car.

The gap to Lewis’s teammate was telling, 1.4 seconds is an age in F1 and perhaps Valtteri Bottas had issues with his run but, no matter what, again Hamilton rises beyond when it matters.

Rain is the greatest leveller of all, conditions in which most of the greats of our sport have relished and excelled. Perhaps it has not always been the case in the wet for him but, on this rain-drenched day, Lewis was peerless for the 89th time!

Romain Grosjean suggested earlier this month that Hamilton’s hefty salary was unacceptable, the Frenchman, as director of the GPDA, pointing to the fact that some drivers on the current grid earn ‘only’ $150,000 a year in comparison the forty-mil earned by the sport’s biggest superstar and drawcard.

Very noble of Romain, but on a very wet Spielberg afternoon – when the chips were down – we all saw why the six times F1 World Champion gets the big bucks and will add that Lewis is well worth every penny he is paid. Ask Mercedes!