Ecclestone: Black people are more racist than what White people are 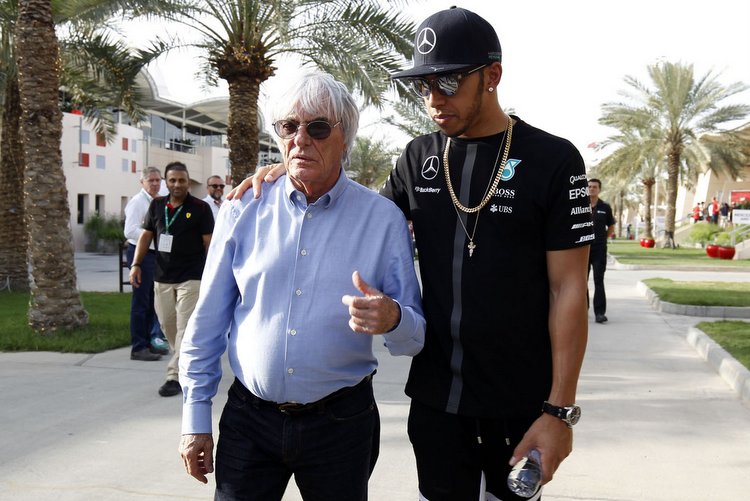 Despite being in retirement, Bernie Ecclestone has received some impressive airtime on CNN Sport where he was not short on controversy, and the inevitable headline-grabbing quotes, as the former Formula 1 supremo weighed in on the current racial storm that reared its ugly head, around the world, in the wake of the George Floyd killing in the USA.

The 89-year-old was interviewed by Amanda Davies and asked about Formula 1 World Champion Lewis Hamilton, which triggered Bernie, “Lewis is a little bit special. First, he’s very, very, very talented as a driver and he seems to be now extremely talented when’s he standing up and can make speeches.

“This last campaign he’s doing for Black people is wonderful. He’s doing a great job and it’s people like that – easily recognisable – that people listen to.”

As for the impact on motorsport at the highest level, he said, “I don’t think it’s going to do anything bad or good for Formula 1. It’ll just make people think which is more important. I think that’s the same for everybody.

“People ought to think a little bit and think: Well, what the hell. Somebody’s not the same as White people and Black people should think the same about White people.”

“In lots of cases, Black people are more racist than what White people are,” noted Ecclestone who would not be drawn into elaborating or providing evidence for his claim but simply said it is what he has “noticed” in his experience.

The Briton also aired his contempt for protests that have resulted in historic statues being torn down in cities, “I think it’s completely stupid taking all these statues down. They should’ve left them there. Take the kids from school to look and say why they’re there and what the people did and how wrong it was what they did.”

By intent or not Ecclestone courts controversy, even during his tenure at the helm of F1, in 2009 he said that Adolf Hitler was “able to get things done” which caused an outcry when made public, he subsequently apologised.

As for the F1 and the issue of diversity, he explained, “I don’t think anyone bothered about it before. I think it’s an important issue, but it’s been there so long… nobody’s done anything.
“Why didn’t someone do something two or three years ago? They’re too busy trying to win races or find sponsors or something,” suggested Ecclestone.

The billionaire, and once the owner of the Brabham team, was the first F1 boss to give a black driver a chance when Willy T Ribbs was called up to test for the team at Estoril in January 1986, a gesture that the driver has never forgotten.

“I don’t even know if Formula 1 would exist now if it wasn’t for Bernie Ecclestone,” ventured Ribbs. “He wanted me in the car. He wanted me in Formula 1. His sponsors at the time were Italian. They wanted Italian drivers, and I totally respect him. I have no issues with that.

“My goal was to be in Formula 1, but Bernie Ecclestone made a statement because Bernie Ecclestone put the first man of color, first Black man, in a Formula 1 car,” recalled Ribbs, now 65, whose career included stints in Indycar and NASCAR, but the pinnacle of the sport remained elusive.