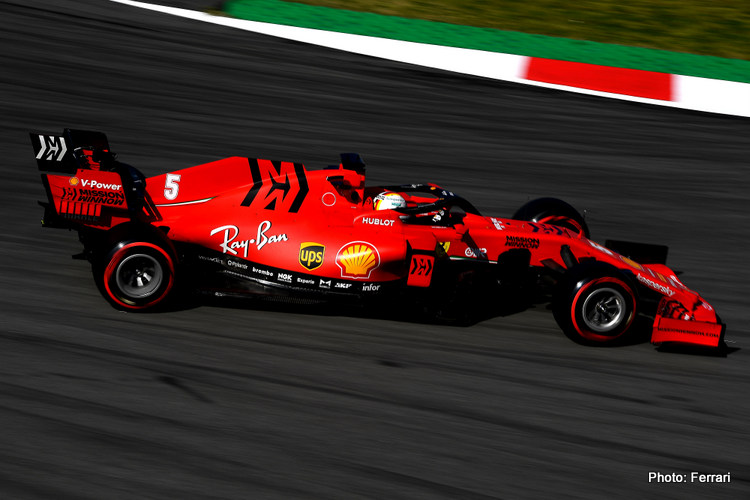 Ferrari intends to bring an upgraded engine and gearbox to the 2020 season-opener in Austria, it has been reported.

Per reports from multiple outlets, the Scuderia has made a small performance gain with its power unit, and revised issues with its gearbox that required a stiffening of its assembly.

Dubbed the ‘065-2’, the engine that will be in the Ferrari SF1000 in Austria on July 5 has 15-20bhp more than its previous iteration, as well as improved reliability.

As for the gearbox, the use of a more rigid structure is intended to improve the car’s handling and tyre performance, which the team noticed was lacking in preseason testing.

Second in the constructor’s championship in 2019, in Barcelona the Scuderia appeared to have fallen behind Red Bull in the quest to overtake six-time defending world champions Mercedes, before their job was made more difficult by the limitations on factory time amidst the COVID-19 pandemic.

Ostensibly Ferrari have prioritised fixing issues with its current package over further refining its aerodynamic concept, with team principal Mattia Binotto having suggested last week the car that will race in Spielberg will be similar to the one that would have run at the cancelled season-opener in Australia.

“I don’t expect to have the fastest car in Austria, where we have to reach the maximum points possible at the beginning of the championship and try to react later,” he said at the time. “I think we will know the true potential of the car after three races.”