Leclerc: Thank you for everything Seb 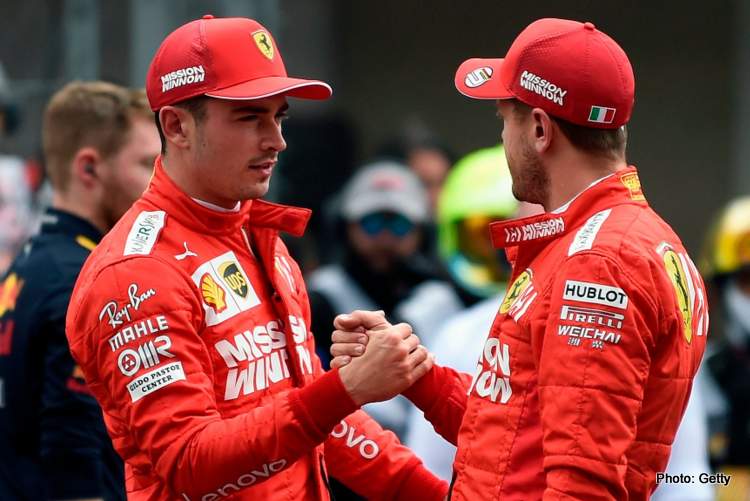 Able to almost immediately challenge the German’s “number one” status in their first year together in 2019, Lecler’s ascendance undoubtedly played a part in the Scuderia’s decision to move-on from Vettel.

However, the Monegasque has offered nothing but praise in a post on social media.

“It’s been a huge honor for me to be your team mate,” he said on Twitter.

“We’ve had some tense moments on tracks, some very good ones and some others that didn’t end as we both wanted, but there was always respect, even though it wasn’t perceived this way from the outside.

“I’ve never learnt so much as I did with you as my teammate. Thank you for everything Seb.”

Enjoying an occasionally rocky, but generally cordial relationship in their first year together, Leclerc and Vettel’s on-track rivalry was a significant departure from Ferrari’s historic practice of employing a lead and a supporting driver.

After scoring seven poles to his rival’s two, two wins to one, and 264 points to 240, it was speculated by many that Leclerc had usurped Vettel’s place as the future of the team, particularly after he was handed a five-year contract extension in December.

Evidently that speculation was warranted, and as a result, Vettel looks likely to leave Maranello having failed in his quest to deliver their first driver’s championship since the 2007 season.