Hamilton: I am with my dream team 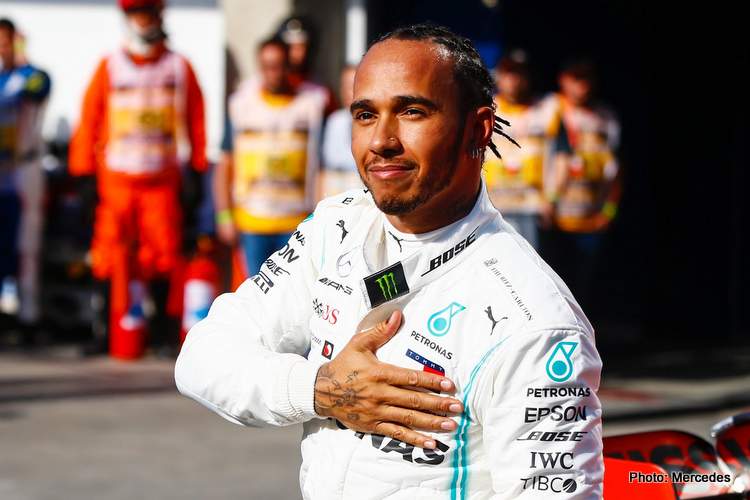 Mercedes’ Lewis Hamilton has hit-out at speculation of him desiring a move to Ferrari, maintaining the Silver Arrows are his “dream team”.

Yet to sign a contract with Mercedes beyond the 2020 season, Hamilton has been linked with the Scuderia after he was spotted meeting Ferrari CEO John Elkann last year.

However, in response to an article by The Sun that implied Sebastian Vettel’s looming extension had scuppered his dreams, the six-time world champion has insisted he is happy where he is.

“First off, there is no dream of a dash to another team. I am with my dream team,” he said in a post on Instagram.

“Second, there’s not a thing in my way as I’m not trying to move. I’m with the people who have cared from day 1. We are the best team! @mercedesamgf1.”

The six-time defending constructor’s champions, there is no doubting Mercedes offers Hamilton the best possible shot at another driver’s championship. At the same time, Ola Källenius, the new chairman of Mercedes-parent Daimler has made it known he wants to cut costs, while Hamilton is believed to be seeking a £20 million raise on his current £40m-a-year contract.