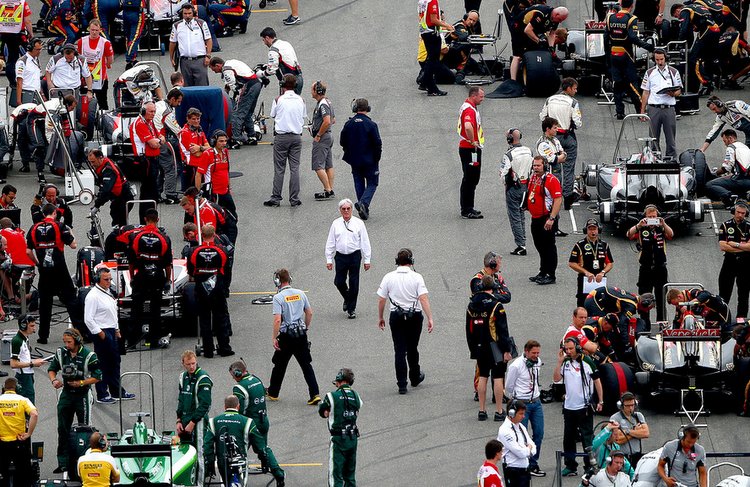 Formula 1 needs its leadership to step-up and make the difficult decision of cancelling the season, says former supremo Bernie Ecclestone.

With the world currently on lockdown due to the COVID-19 pandemic, F1 has seen the first nine races of the 2020 season either canceled or postponed, and Ecclestone believes the others should follow suit.

“Formula 1 should be cancelled now. For the whole season,” he told Sport1. “Because nobody knows exactly how it will continue. In the end it’s the politicians who decide. But no one will hold major events as long as there is still a risk.”

In Ecclestone’s opinion, F1’s owners Liberty Media are too insterested in trying to keep all parties happy, and as a result are merely delaying the inevitable.

“Nobody will take on this responsibility. The people of Liberty think they know what they’re doing. But Formula 1 has a European DNA. You can’t run it and its protagonists as if it were [American] football or basketball. There’s too much talk but not enough leadership.”

Famed for his autocratic style of governance during his three-plus decades in charge of the sport, Ecclestone suggested that F1 needs to take a similar approach now.

“I’ve been criticized many times for speaking positively about dictatorships. But that was partly misunderstood or my British humor was taken at face value. I did not mean that democracies should be abolished. Of course not. But I still believe that there have to be individuals who make decisions when it matters. You can see that more than ever during the Corona crisis.

“In any case, democracy has never worked in Formula 1. I always felt like an emperor who had to constantly talk to princes who only thought about themselves. Their very own profit. But not the whole country. So from time-to-time I had to put my foot down or scare them. Otherwise it would never have worked with Formula 1.”

Having taken over from Ecclestone and CVC Capital Partners in 2017, Liberty have spent much of the past three years trying to realise their vision for F1, one which is considerably different than Ecclestone’s. As to the matter of this season, F1 CEO Chase Carey has made clear his intention to host “15-18” grands prix when racing can resume, with a current starting date of June 28 at the French Grand Prix in Le Castellet.