Raikkonen: My family is much more important than racing 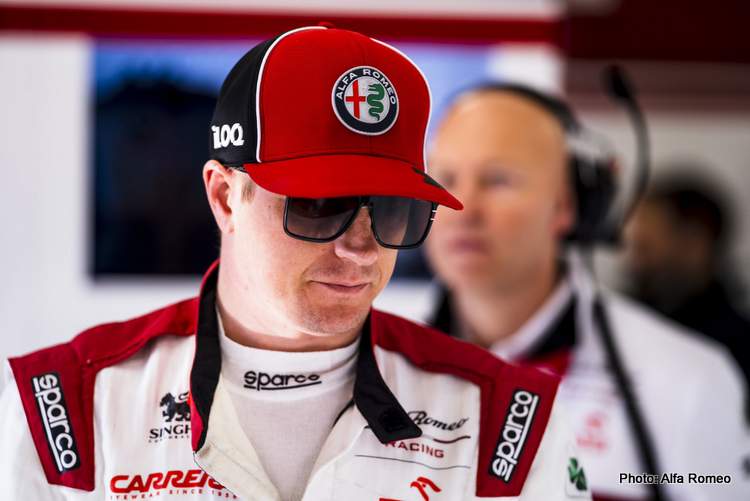 Kimi Raikkonen does not like interviews, in fact, he does not like the media in general so when he makes time to chat The Iceman always calls it as he sees it, admitting in a recent interview that family takes precedence over Formula 1 and revealing that he still bleeds red.

Speaking to El Pais, he was asked what motivated him – the oldest driver on the grid – Kimi replied, “I like racing. Although there is much more than races in F1. If I didn’t enjoy the races, I wouldn’t be here.”

His no-BS attitude has endeared him to fans for two decades, and Kimi is aware of his popularity, “Obviously, it makes me happy that there are followers who like me, there are also those who don’t like me. But I just try to do the things that make me happy.

“Besides, I never do anything to please anyone. I do what I do thinking about me. I never intend to be in the news.”

While this might be Raikkonen’s final year in the top flight, they said the same of him last year. But if he should quit the mighty Finn will have a full programme at home.

“Fatherhood changes your schedules completely,” explained Kimi. “Also, you worry much more. In the end, they are young children, they need you. And there are other new things that are suddenly more important in your life.

“Now my family is much more important than racing. I miss them a lot when I’m out. That is the hardest part, being away from home so long. Because there is much more boredom in F1 than it seems.

“I enjoy paternity. The older they get, the more fun you have. I love spending time with them, it’s very nice to see how they get older. For me it is important to try to be at home as long as I can and be involved in their childhood, spend time with them, play and help them.”

On track, Kimi will lead Alfa Romeo’s campaign in 2020 for another year, with Antonio Gioviazzi in the sister car. The team spent six days testing the C39 in Barcelona last month.

This is what their veteran driver had to say, “It works better than last year and that’s good. Although, for now, it is impossible to predict where we will be this year. We will have a better idea after the first races. Seeking improvements for the car is a never-ending story.”

We live in the Mercedes era of F1, the team unbeaten in the past six years and looking to make it 14 titles in seven years come the end of the season.

Raikkonen spoke about their dominance, “I don’t think they are invincible. It is true that in recent seasons they have been more often at the top of the championship. The regulations have changed and they have been more consistent lately and the fastest in most cases.

“So it doesn’t seem like we’re going to beat them tomorrow, but winning isn’t going to be an easy job for them either.”

Raikkonen remains the last Ferrari driver to win the F1 world title when he did so in Red in 2007. Few know Maranello than he does, thus his insight into what Ferrari lack was telling.

“They need more speed, basically. And be more consistent. Only then can they turn the situation around and fight for the championship. They deserve it for all the history they have. I wish them the best,” added Kimi.