Ocon: I said Leclerc would beat Vettel so no surprise 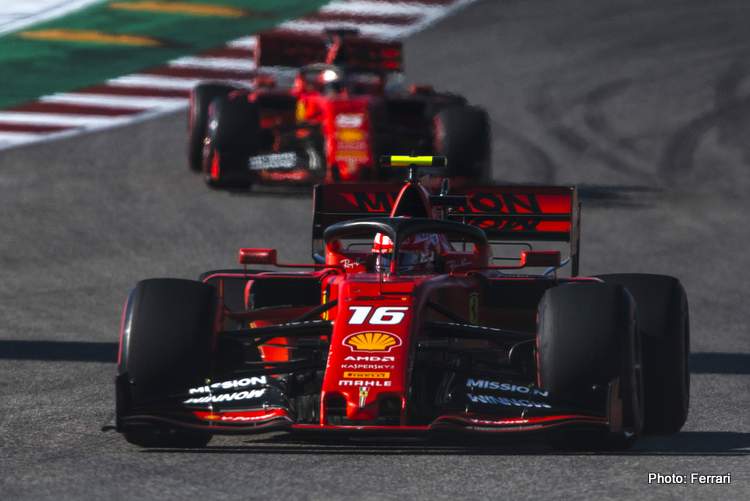 Esteban Ocon says he is not surprised how well Charles Leclerc has done in his first year, having predicted earlier this year that the 22-year-old Ferrari driver would beat Sebastian Vettel in their first year as teammates at Maranello.

The call was on the mark as Leclerc owned Vettel in the championship and scored more poles than the German too. In fact, he started from the top spot on the grid more than even World Champion Lewis Hamilton.

Speaking to NextGen Auto, Ocon said, “Charles deserves what happens to him. And it’s not a surprise to me. I said if he had the car to win races and poles, he would. I also said he would finish ahead of Sebastian Vettel.

“We fought our whole careers together with him, Max Verstappen, Pierre Gasly to get there. It is also what allowed us to raise our level and which motivated us to always do better.”

In the wake of the Silly Season musical chairs of last season, Ocon was left without a seat. He was forced to tread water until Mercedes and Renault agreed on a deal which sees him back on the grid for the French team in 2020.

Ocon proved a feisty driver during his days with Force India and now podiums are on his radar with a team that has not sniffed a podium since the 2011 Malaysian Grand Prix, when Nick Heidfeld scored their 100th and last top-three finish.

For his return season, Ocon arrives in the paddock with not only renewed energy, but also a new helmet design for the occasion, “Michael Schumacher has been my role model. He has changed the sport in terms of application and the way teams see drivers.

“He has set the bar to the highest level. I still have his helmet design on mine and we will return to red next year. The helmet I had during the tests in Abu Dhabi was not final, there will be changes in January-February.”

Of the two days he spent testing at Yas Marina earlier this month with his new team, Ocon said, “There is a little bit of adaptation work to be done, but there was a good vibe between us. The first two days of testing were really crucial. I could see the differences between Mercedes and Renault, and began to work on it.”

Indeed the 23-year-old Frenchman was privy to the Mercedes inner sanctum for several years as one of their juniors and will have seen first hand how the dominant force in the sport operates. Valuable information for the underdelivering French team.

Managed by Toto Wolff, it was thought Ocon might even replace Valtteri Bottas at the end of next season. But, for now, the move to Renault appears to be a one-way street with an unlikely u-turn in sight for the foreseeable future. Any regrets that he may not suit up in silver?

“Not at all!” he insisted. “I am with a French team that has great ambitions for the future, ambitions to return to the top level in a few years, so, here, I am part of this project, this improvement, this renewal. Clearly this is not a disappointment at all, and it is rather a relief.”