Ocon: Pierre and Charles will fight for wins next year 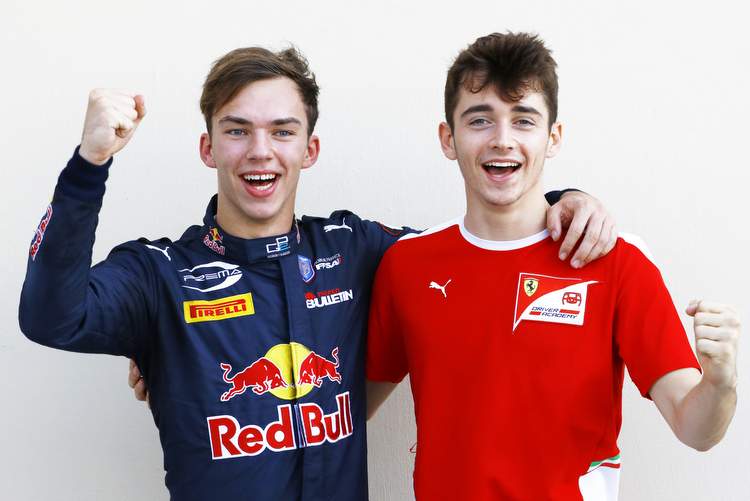 Although Esteban Ocon may be off the Formula 1 grid in 2019, he believes fellow young guns Pierre Gasly and Charles Leclerc will pave the way for a new generation of drivers while predicting they will be victory contenders from the outset.

Toro Rosso rookie Gasly has been promoted to Red Bull for next season to replace Renault bound Daniel Ricciardo while Leclerc steps up to Ferrari in place of Kimi Raikkonen who is heading to Sauber.

Ocon may still find a way on to the grid in 2019 through Williams who, apart from Toro Rosso, have a seat available and is the Mercedes protege’s last hope. The Grove outfit have confirmed George Russell but are seeking funds or barter for seat number two.

Nevertheless the Force India driver told Sky F1 he has high expectations of his young counterparts, “I think Charles will fight for the title next year, for sure. At least it won’t be a surprise to me.”

Esteban: Formula 1 is probably going to change seeing that young drivers can do the job too

“I know he has a very good talent from day one and he’s one of the quickest guys out there. He will show that next year, definitely,” added the Frenchman who raced against the Monaco Kid during their parallel junior careers.

He feels the same for Gasly, another junior rival and friend, “Pierre and Charles are going to fight for wins and podiums and the mentality of Formula 1 is probably going to change seeing that young drivers can do the job too.”

Next year three of the six drivers in the Big Three teams will be below 23 years of age, which signals the beginning of the new ultra-talented generation which will take the sport into the next decade.

Meanwhile, Mercedes hold the keys to Ocon’s future, which seems secure if Mercedes boss Toto Wolff’s guarantees are anything to go by.