Are Williams crazy? Are you a racing team or a business? 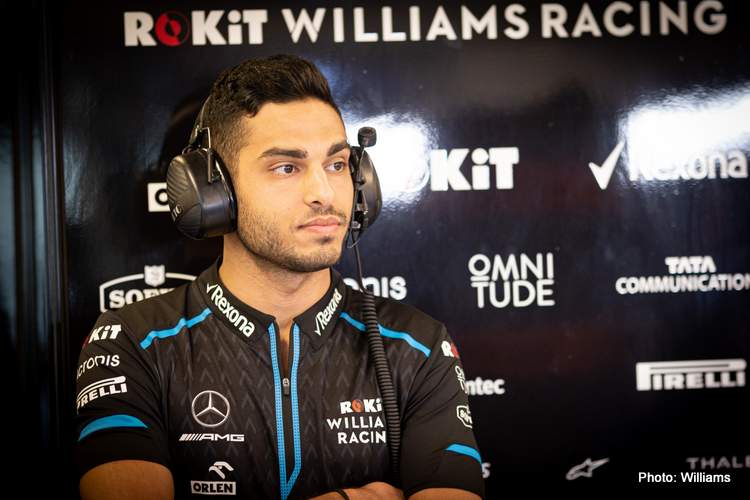 A Formula 1 commentator has slammed Williams’ plans for the post-grand prix Abu Dhabi test this week while berating the team for banning straight-talking Jacques Villeneuve from their paddock compound.

The struggling British team has announced that while George Russell and Nicholas Latifi will each have only half a day at the wheel, Israeli driver Roy Nissany (pictured above) will get a full day in total.

“The test is only for two days,” Alexei Popov, who commentates for Match TV, said. “Russell has only done one season and Latifi has only done six Fridays. But they will only get half a day because Mr Nissany is bringing the money.

“Are they crazy?” Popov added. “Their last world champion, Jacques Villeneuve, is banned from their motorhome, but for what? Being honest?”

Indeed, 1997 F1 title winner Villeneuve has regularly criticised Williams for the way the team and company is run these days.

“Are you guys a racing team or a business?” Popov asked, referring to Williams.

“McLaren is also a big business, producing a lot of road cars. They may not have reached the reputation of a Ferrari or a Porsche, but they are on the right track.

“Williams seems unclear about what they are doing. They sell engineering services, they are in Qatar, then every year they publish a balance sheet and say they are in the black. Well, the money is divided up, that’s all,” he charged.

Popov is even critical of Williams’ decision to sign up Nicholas Latifi for 2020. The Canadian’s father is the billionaire McLaren shareholder Michael Latifi.

“I have nothing against Latifi,” he said. “He may be a good guy. But the guy was in Formula 2 for four years, did not win and he barely rescued second place in the end.”

We spoke to @RoyNissany ahead of his run in the post-season Abu Dhabi tyre test. pic.twitter.com/HFZ8kchlDf