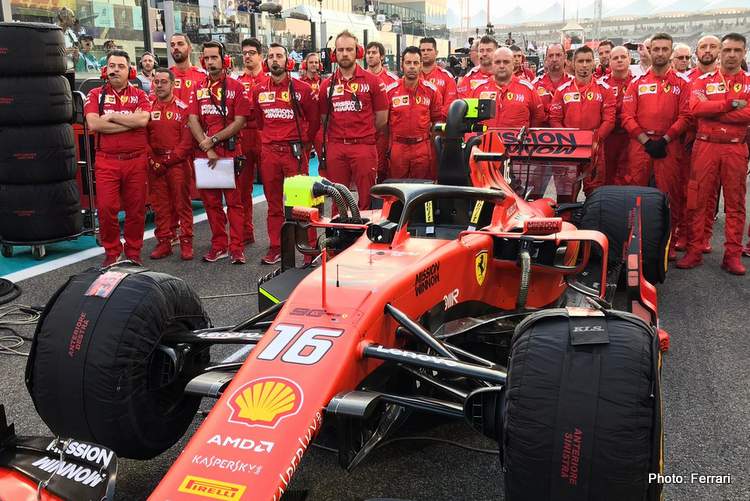 Ferrari and their driver Charles Leclerc are facing a post-race investigation in Abu Dhabi, after the FIA’s Formula 1 technical delegate Jo Bauer referred them to the stewards for an alleged breach of the International Sporting Code.

Statement from Bauer: “The fuel declaration of car number 16 was checked before the car left the pit-lane. There was a significant difference between the declaration of the team and the amount of fuel inside the car. As this is non in compliance with TD/12-19 I am referring this matter to the stewards for their consideration.”

Leclerc started the season finale on Sunday from third on the grid, behind polesitter Lewis Hamilton and Red Bull’s Max Verstappen.

The amount of fuel in the #16 car was carrying was checked before it left the pitlane to go on to the starting grid.

Stewards deferred a decision until after the race, when Ferrari representatives will be summoned for a hearing.

Leclerc started third on the grid at Yas Marina, alongside team mate Sebastian Vettel, and is fighting for third in the overall standings with Red Bull´s Max Verstappen.

Verstappen´s team boss Christian Horner said he didn´t see how Leclerc would not be disqualified.

“The interesting thing about it is they used the word significant,” he told Sky Sports television. “The technical regulations are black or white…usually with a case like that it’s either legal or it isn’t.”