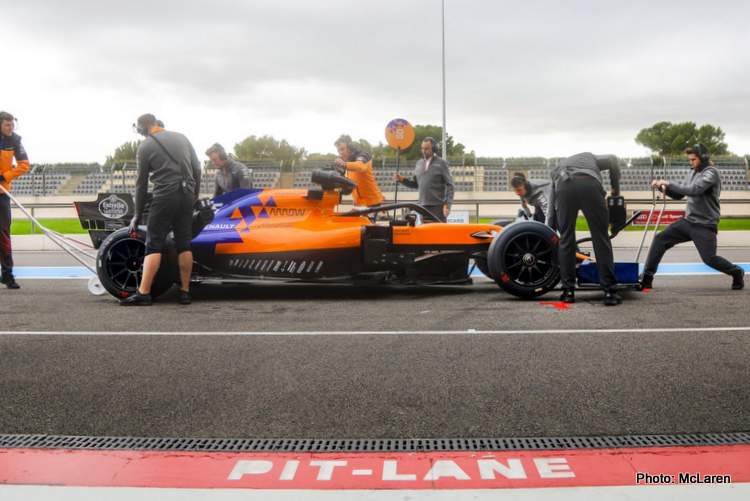 Driving styles will not change in Formula 1 when the sport switches to 18-inch tyres, claims Carlos Sainz who is one of very few current drivers who have tried Pirelli’s 2021 offerings after McLaren ran the new rubber at Paul Ricard recently.

Sainz is reluctant to talk about his experience with the 18-inch tyres.

“I can’t talk much for confidentiality reasons,” he said. “They are Pirelli and McLaren’s private tests and the reports are sent to the other teams. Professionally, I can’t say much.”

What Sainz was willing to say is that drivers do not have to worry about adopting different driving styles when Formula 1 makes the switch in 2021.

“The differences are noticeable, but I cannot say how,” he said. “But the driving style does not change – you have to change the car, the setup. But the lines were very similar to a grand prix weekend at Paul Ricard.”

But Pirelli’s Mario Isola told AS that he is upbeat, “The feedback has been positive. With McLaren we were able to confirm some of the results we had with Renault in September.”