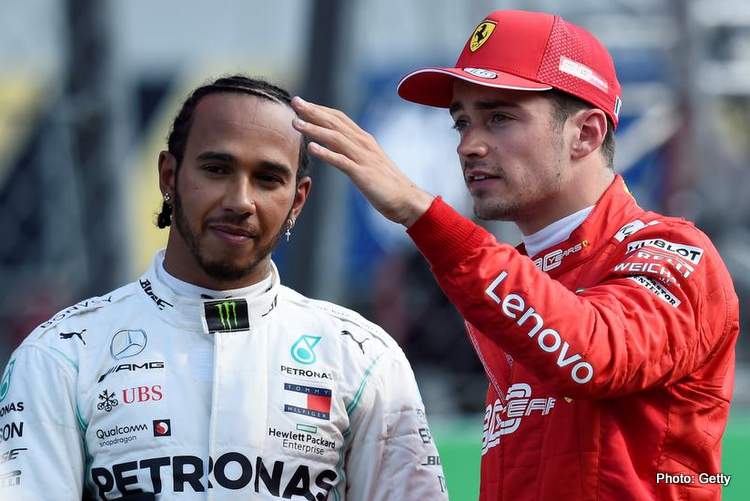 Formula 1’s deposed czar Bernie Ecclestone popped up at Interlagos during the Brazilian Grand Prix weekend and, as usual, had a lot to say about the state of play in the top flight these days.

He weighed in on the warring Ferrari drivers and even had a gaze into his crystal ball regarding the future of six-time F1 World Champion Lewis Hamilton and had some pretty explosive things to say about Britain’s finest racing driver.

Another in a line of occasional grenades Bernie tosses into the F1 paddock t stir things up.

No doubt referring to Hamilton, Ecclestone said in an interview with the Daily Mail, “There has been change at the top and the new people are not so enthusiastic about Formula One as the old people used to be.

“They might think we have won seven world championships — which they will have done by the end of next year — so why stay? “If I were Lewis I’d think: I’ve won another title… and I’d stop.”

With uncertain times ahead for Mercedes, team boss Toto Wolff is apparently appraising his future while the German auto giant is also said to be less than enthusiastic to carry on after their unprecedented winning streak which is likely to carry on to 2020 at least.

Meanwhile, talk of billionaires lining up top by the operation abounds, as does speculation that Hamilton might indeed consider ending his career at Ferrari if, and when, Vettel departs. Thus teaming up with, the latest big thing, Leclerc.

Prompting Ecclestone’s attempt at being Nostradamus, “If Charles Leclerc stays at Ferrari, I’d put money on him to win against Lewis. He’s not necessarily better but he is established in the team. Ferrari is a strange place to work.

“Lewis doesn’t speak Italian. They might gang up on him — or fall in love with him — but I don’t think he would do as good a job for himself or the sport as he is doing with Mercedes,” predicted the 89-year-old who ruled Formula 1 as a dictator for four decades.

He added, “If Ferrari had a choice of Lewis or Max Verstappen I think they would go for Max, for the same reason they like Charles. With Sebastian Vettel or Lewis they will only get a couple of years but with the younger two they might get 10 years. I’m not sure Max isn’t the best guy at the moment, including Lewis.”

In the aftermath of their coming together in Brazil, Vettel might well become increasingly marginalised by the team as it is clear Leclerc is going nowhere by virtue of the fact that at 22 he is by far, more than Vettel, the future for the Maranello outfit.

Regarding Vettel, Ecclestone appeared to know little about his long-time pal’s plans, “He might stay, he might move to another team or just retire. It could as likely be any of those.”

Big Question: What chance Lewis moves to Ferrari alongside Charles?