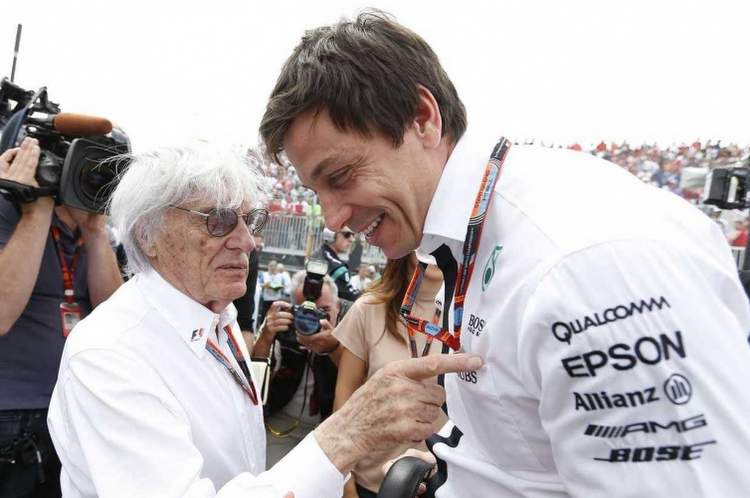 Mercedes team chief Toto Wolff jokingly wished former Formula 1 supremo Bernie Ecclestone a happy 92nd birthday on Saturday – the Briton actually turned 87 – and marveled at his continuing ability to kick up a controversy in the paddock.

“He’s the only one who is able to sit on the other side of the world and throw a hand grenade and it actually lands in the paddock,” said Wolff. “And I like it.”

Ecclestone, who was ousted when the sport’s new owners Liberty Media took over in January and now has an emeritus chairman position, is not in Mexico for what promises to be a title-deciding race on Sunday.

However, he has created waves from a distance with comments to Italy’s La Repubblica newspaper suggesting Ferrari had been favoured historically and that helping the Italian team was “the smartest thing to do”.

“The teams are important to F1, but Ferrari is more than that. So many things have been done over the years that have helped Ferrari to win,” said Ecclestone.

He also suggested that Mercedes had helped Ferrari become more competitive while also ensuring Red Bull did not have the most powerful engines.

Wolff laughed off that suggestion, “These stories are fantastic and I’ve missed them a little bit. I’ve missed the hand grenades and the pop-up meetings and the crisis situation and the rule and divide.”