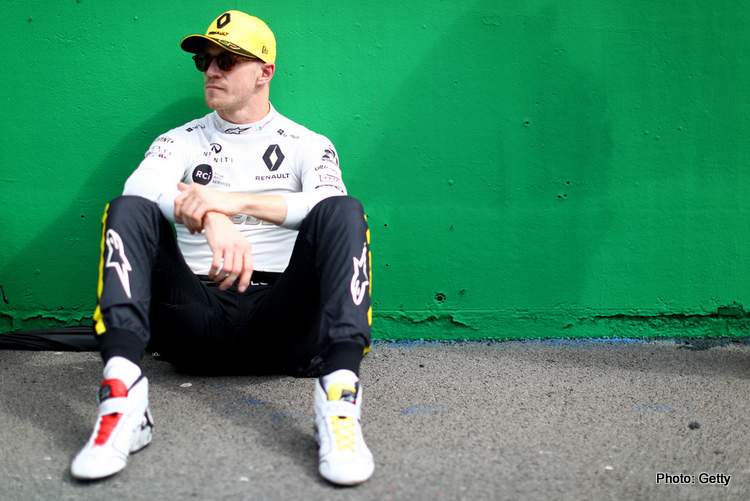 Soon to be out of work Formula 1 driver, Nico Hulkenberg has confirmed reports that he might switch to Indycar for 2020 as he makes way for Esteban Ocon at Renault and closes a chapter of his career in the top flight.

Although it was clear the potential F1 cockpits were filling up fast with only a seat at woeful Williams now available, the German finally announced in Brazil that he will not be on the 2020 grand prix grid.

“Now I can choose from pizza maker, hairdresser, dentist or gynaecologist,” he joked with journalists at Interlagos.

Dumped by Renault, Hulkenberg admits it will be “sad” when for the first time in a decade he tunes in to watch the Australian Grand Prix next March on TV.

But he says it’s not all bad, “I’m looking forward to a little more free time and not having to live by this calendar,” said the 32-year-old.

“For one, I want to go to the Australian Open tennis in January, which is not something I have been able to do in the last ten years.”

However, Hulkenberg insists he is not retiring, and will remain match-fit for F1 – even though he rules out sticking around simply to be a reserve driver.

“It’s not my retirement, it’s a no for Formula 1 in 2020. I love this sport and these cars and I will be ready and fit if there is a chance for a comeback,” he said after rubbishing reports that he is moving to DTM, blaming “bored” journalists for those stories.

“I have received some calls from some racing teams, but I have not signed anything and I will not for some time. I want to take the time I need to decide what I want to do,” said Hulkenberg.

But he is not so dismissive of the rumours linking him with Indycar – even though he continues to rule out racing on the high speed American ovals.

“I have always said that I’m not a fan of ovals. I just don’t like them and it doesn’t seem to be for me. So yes, I would restrict myself to road circuits,” he said.

Overall, he says he is not bitter that his F1 career is ending without even a single podium, “If I look back, it could have gone better here or there.