Inside Line: Charles, shut up and drive 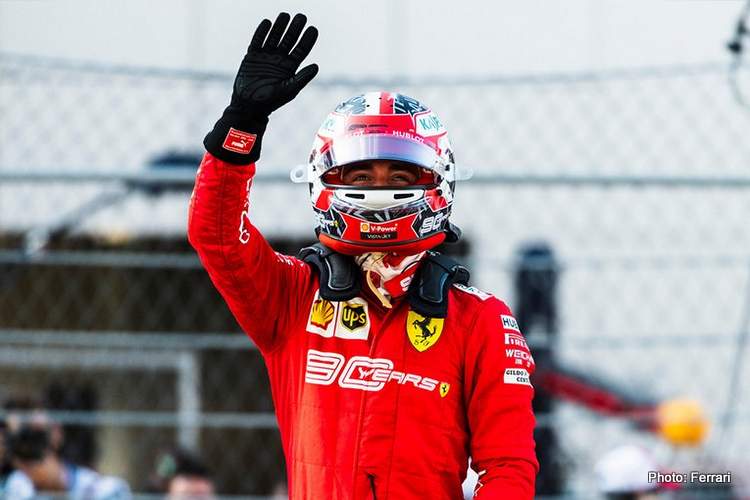 Looking back on a compelling Russian Grand Prix the biggest talking point has to be how Ferrari once again shot themselves in the foot as they messed with team orders and lost a race that should have been a one-two for them.

Charles Leclerc’s complained over the radio about an agreement of sorts that the young Ferrari driver would tow his teammate Vettel off the line, the pair started first and third – it was a logical tactic.

The previous night’s debrief obviously did not factor in that Seb would get himself a fantastic start, hardly needing a slipstream from the #16 Ferrari and simply breezed by into the lead from Turn 1 of the race at Sochi.

Thereafter the German set an incredible pace – the Seb of old sprang to mind – as he went about making a point, and with it inadvertently or not taunted his teammate with: catch me if you can!

At this point, when he should have scurried around behind his teammate, young Charles got on the radio to complain about the situation. The team tripped up as they tried to talk ‘sense’ into their elder driver.

Obviously, Mr Multi-21 at the front was having nothing of it and basically told his team to piss-off he had a sniff of victory and he was going for it. The young Monegasque was left fuming (twice in the space of a week) and radioed: “We will talk later…”

A German driver in an Italian team with a French-speaking driver always gives Seb the ‘lost in translation’ excuse and after the race, he alluded to not quite understanding the agreement. Smart as usual, our man Seb.

But this piece is not about the four-time F1 World Champion, but rather about his precocious teammate the sport’s new Complainer-in-Chief.

I am in awe of the Monaco Kid and I know I am not alone. His speed, his attitude and his passion have won everyone over. The tifosi, the Scuderia and the whole of Italy are fired up by what Leclerc can do in their race car.

He has had a stellar September, entrenching himself in the sport with four fantastic pole position efforts at Spa, Monza, Singapore and most recently Russia.

He also won twice and might have won thrice had Seb not demolished him with three gorgeous laps, during the pitstop window, to take an unlikely victory at Marina Bay. That night, the junior driver bleated over the radio (in the heat of battle) about his teammate’s “unfair” tactics.

Later, by his own admission, Charles said he over-reacted during the race in Singapore and must learn to shut up in the car, “I just need to control myself more in these situations and just shut up instead of speaking on the radio.”

The kid, who typically learns fast, alas did not learn to zip-it since last week and the fact that he took issue over the radio, during the race in Russia, provided everyone with insight into the volatile situation between the drivers in Red.

With that in mind, why are the Scuderia’s drivers even entering into such agreements?

Furthermore, at this stage of the game – they are not going to win any championship this year – surely the objective is victory, as many as possible.

Why employ team orders at this stage? Are team orders not supposed to be for one guy helping the other to win the title? There is no title up for grabs here, so does it matter who wins as long as the team does?

And even when the track order was #5 followed by #16, why go into panic mode and demand Seb relinquishes the lead? Why the public display of wanting to comply with the whinges of their young driver? Does he expect privileged treatment from his team?

Should the order not have been: hold station guys, pull away from the Mercs as much as possible in the first stint. We will give Charles the undercut, Seb will tuck in behind and we will get us a one-two. Which in the end is what happened, except that Seb broke down and messed-up the one-two bit. But that’s another story.

The question is why the dramatic radio-noise that exposed the greatest weakness in the Red camp?

Charles is racing for the biggest team on the planet, and is being painted as a messiah of sorts, and perhaps rightfully so. But he would be wise to temper his outbursts, not wear his heart on his sleeve and, most importantly, lose the apparent vanity of entitlement that this astoundingly successful month may have entrapped him with.

He has only raced 16 times for Ferrari, he is at the beginning of a journey that should keep him with them for years if not decades to come. There is no rush.

At the same time, he is a racer, he should know that every racer would have done exactly what Seb did on Sunday in Russia. The fact that the four-time F1 World Champion was awarded Driver-of-the-Day was a loud-and-clear message from fans that needs no explaining.

I would venture that the fan-voted accolade alone was a better reward, for Seb, than the empty-souled third place was for Charles.

Seb did what he had to do. Charles did what he shouldn’t do and that is to moan on the world stage. As much as there is little to dislike about the Kid with a bright future, right now, good advice to the lad would be: shut up and drive.

Big Question: Does Charles whinge too much?