Leclerc: I need to control myself and just shut up 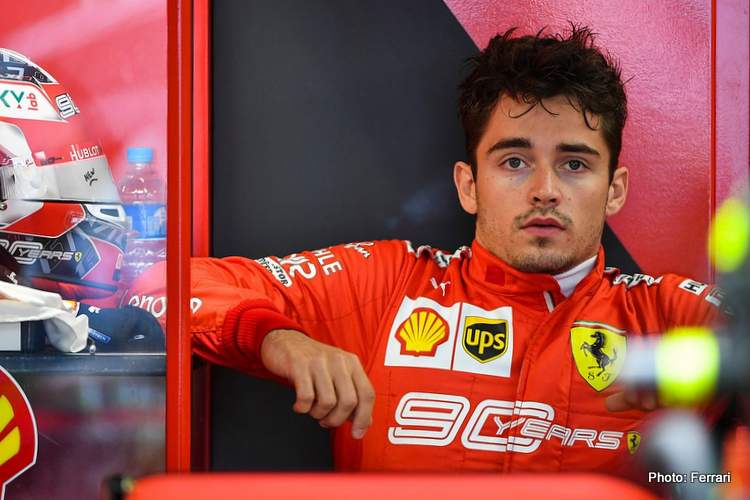 Charles Leclerc says he regrets his radio outbursts after losing out to Ferrari teammate Sebastian Vettel during last Sunday’s Singapore Grand Prix and just needs to learn to shut up.

The 21-year-old led from pole position, controlling the pace of the race on a one-stop strategy when Vettel pitted first and made the most of fresh tyres to ‘undercut’ into the lead.

“Yeah, but what the hell?” Leclerc, who had been heading for his third win in a row, exclaimed over the radio after he emerged from the pits and saw Vettel ahead.

The youngster later said he did not understand why Ferrari had given Vettel the advantage and wanted the team to know how he felt.

“I just think it’s not fair. But this won’t change. I won’t be stupid,” he said in comments heard around the world on television.

Speaking to reporters ahead of the Russian Grand Prix on Thursday, a more relaxed Leclerc said he had gone too far and it would not happen again, “I believe my reaction was well over what it should be and that shows that I’ve still got a lot to learn.”

Leclerc said the team rules on strategy after Singapore remained the same: “It’s always and it always needs to be for the benefit of the team and that won’t change.”

The Monegasque has become a Ferrari fan favourite after taking his first Formula 1 win in Belgium at the start of the month and following it up with victory at their home Italian Grand Prix.

Singapore was his third pole position in a row and he has outqualified Vettel, a four-time world champion, for the past eight races.

The youngster is third in the championship, 96 points behind Mercedes’ Lewis Hamilton with six races remaining.

Ferrari team boss Mattia Binotto told Sky F1 in Singapore that he accepted Leclerc was annoyed and frustrated but saw that also as a positive, “If you would be a driver, I think that’s the right attitude to have.”

“For [the team] the scenarios are bigger and obviously by the time that he will understand the full picture I’m pretty sure he will quickly understand the reason of the choice.”

Mercedes have won every Russian Grand Prix since the first in 2014 but Ferrari could change that. Leclerc said the Singapore one-two was a surprise but also a good confidence boost for the team.