McLaren: We have a strong car here 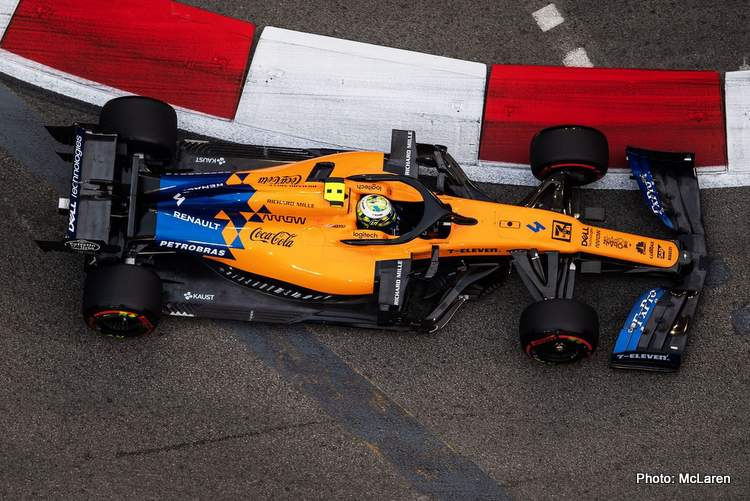 McLaren report from qualifying for the Singapore Grand Prix, Round 15 of the 2019 Formula 1 World Championship, at Marina Bay Street Circuit.

“It’s been a very positive day for us. Congratulations to the whole team. We showed good pace on a low-speed track, which we know has been one of our weaknesses. The rear-end and the car in general has been behaving well the whole weekend and we managed to put together a very good lap in Q3, despite an engine misfire at the end of Sector Three.

“We lost a couple of tenths there but it didn’t affect the outcome, with P6 being likely out of reach today. P7 was the best position possible out there and it’s a good spot from which to fight tomorrow.”

“It was a good quali all the way until the final run in Q3. I was getting more and more confident in the car, which was nice. Q1 was good, Q2 was good and then I didn’t quite get the out-lap I wanted which was a little bit annoying, because around here it’s important to have the confidence.

“I just made some stupid mistakes on my final run in Q3, pushed too hard in an attempt to make up time that I’d lost and the lap just ended up messy. It’s annoying, especially because I was behind two other cars that I shouldn’t be behind. But overall, I was very happy with the car – the team did a great job for me.”

Andreas Seidl, Team Principal: “It’s great to be back with two cars qualifying in the top 10. This evening in FP3, we could confirm we have a strong car here with the updates the team back home have developed for Singapore. The team and drivers did a great job then to progress through the sessions in qualifying.

“Today is only Saturday and the points are distributed tomorrow. It’s going to be a long, hot street race and we’re expecting a very tight battle once again – but scoring good points is in our hands.”