Verstappen: Sometimes I think we play it too safe 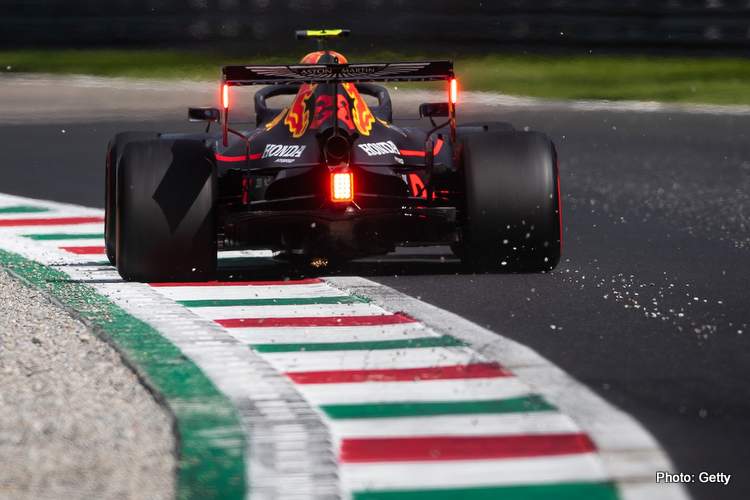 Max Verstappen has urged engine supplier Honda to take “more risk” with its engine as the team endured two well below-par back-to-back Grands Prix at highspeed venues where they were sorely lacking horsepower.

Starting at the back of the grid due to an engine change, the Dutchman then sat out the bulk of qualifying at Monza when his Spec 4 Honda delivered “no power”.

“There’s no damage, it seems more like just a safety thing,” the Red Bull driver told Algemeen Dagblad newspaper. “Sometimes the qualifying mode doesn’t work. Then you have to recalibrate it or something.”

Verstappen has been careful not to criticise Honda in 2019, with Red Bull opting instead to fully support the promising first year of the new works collaboration.

But he admitted, “Sometimes I think we play it too safe. A bit too often it gets towards the limit and stops. With other engines that might not happen. At the same time, we haven’t had any major problems with the engine, but sometimes I think a little more risk would be ok too.”

In the race Verstappen was compromised when he had to pit early for a wing fix after a first-lap collision with Perez.

The Dutchman summed up, “The last two races were always going to be difficult for us and now I’m looking forward to having a more normal race weekend and starting closer to the front.”

On the day Daniil Kvyat’s Honda PU went up in smoke and Honda are aware that there is work to do, with Honda’s Technical Director Toyoharu Tanabe reporting, “We are investigating the exact nature and location of an oil leak.”

“We still acquired plenty of data from running all four cars with our Spec 4 PU for the first time, which will be useful as we prepare for Singapore,” he added.