Verstappen: It definitely won’t get better at Monza 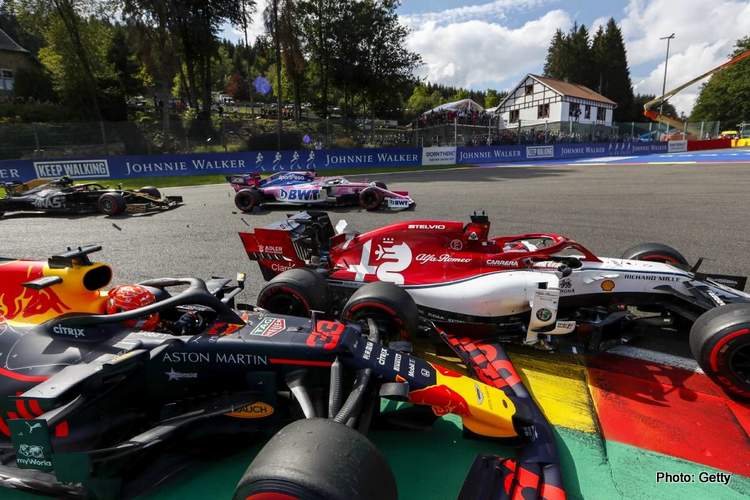 Max Verstappen predicted that the week of back-to-back Belgian Grand Prix and Italian Grand Prix, high-power tracks, will not be kind to Red Bull and after the weekend at Spa-Francorchamps, he appears to be right on the mark.

The legendary power-hungry venue was a testament to that as the Honda herd of bulls were simply no match for their rivals when top-end was required. Making matters worse is Monza – the fabled Temple of Speed – where top speed will again be vital.

Speaking to reporters at Spa, Verstappen admitted that Monza would be another difficult weekend for Red Bull, “During the vacation, I already realised that things would be different here.”

Verstappen has not been able to use the full power of his engine in Belgium, but he also admitted to Algemeen Dagblad that the Honda is not a match for the top power units, “This circuit is already hard on the engine – you can see that from all the broken ones.”

“Then if you can’t drive at full power, it’s only worse. But I just have to accept that this circuit is not one we can handle too well. And it definitely won’t get better at Monza.”

Compounding the problem, and turning it miserable, was the first corner accident the popular Dutchman had with Kimi Raikkonen’s which rendered him a spectator for the next 44 laps in which he played no part to dismay to the (almost all) orange swathes of spectators who made the pilgrimage to roar on their charge.

After a disappointing race for him and a sombre race weekend in the Ardennes, Verstappen said, “It was of course not a great end to the weekend but it’s not the worst thing that can happen in life as we have seen yesterday, so I cannot really call this frustration. I got a poor start, the reaction was not great and then I got wheel spin when I released the clutch.

“I tried to stay on the inside into Turn 1 but I think Kimi expected to be fully ahead of me and just followed his line. I don’t think you can blame anyone and I guess he just didn’t see me, once I was next to him and he was turning then we couldn’t back out.

“We touched, my track rod was broken so I went straight on into the barrier at Eau Rouge and the race was over. These things happen, it’s very unfortunate for the Team and we will of course try and do better next week,” concluded Verstappen in his race report.