Rosberg: Vettel like Barrichello, Verstappen back to old self 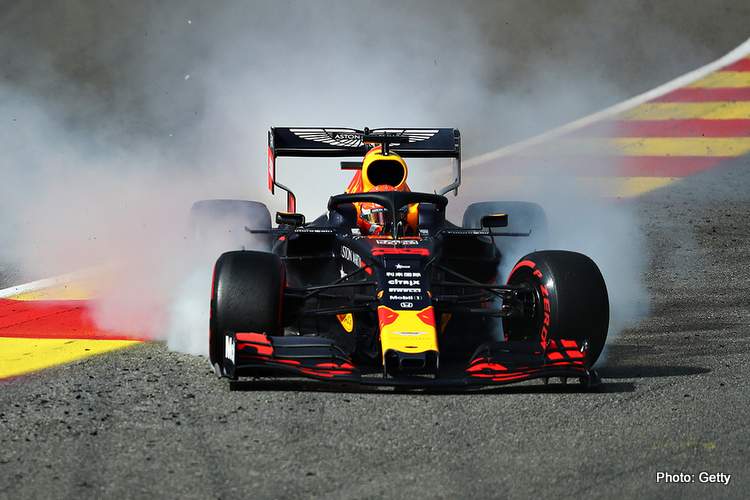 In his post-Belgian Grand Prix analysis on his YouTube channel, Nico Rosberg was unrelenting in his criticism of Sebastian Vettel and Max Verstappen, while heaping praise Charles Leclerc and Lewis Hamilton.

On Sunday, Vettel played the wingman role to race-winner Charles Leclerc. When the German’s strategy went pear-shaped, he was made aware of the situation by his pitwall and moved over without fuss to allow his Ferrari teammate to take the lead during the race at Spa-Francorchamps on Sunday.

Looking back on the race, Rosberg was wicked in his observation: “Poor Vettel, I mean, was like a Barrichello in that race, I mean just you know waving past your teammate and helping him out. Amazing a four-time [world champion] impressive.

“Let’s see how that plays out for Vettel but he won’t be very happy with this for sure. As I said in my [post-qualifying] video, Vettel was just struggling with the Ferrari at the moment, especially with the rear end because it’s very nervous. You just need the confidence on the rear end and he’s just not getting it from the car.”

With regards to Verstappen’s first lap antics which resulted in a broken Red Bull parked up the Eau Rouge hill after an unnecessary coming together with Kimi Raikkonen which ended the Dutchman’s race with 44 laps still remaining in the race.

A massive groan from the vast numbers of the Orange Army, probably loud enough to be heard in Zandvoort, echoed around the Ardennes as the afternoon turned into instant disappointment for the majority of fans present on a sombre weekend.

Rosberg again pulled no punches: “Verstappen was back to his old self a little bit. Just too aggressive, really too aggressive. I don’t understand how he just stays flat out even with the car broken. He has balls of steel but that didn’t make an awful lot of sense.”

The former Mercedes driver kept the good words for the man who woin his first Grand Prix on the day, “Leclerc, of course, yeah awesome, awesome job. He’s driving so well this year and I think this is going
be a really really important breakthrough for him mentally.

“Getting that first win just gives you so much confidence as a driver so he’s going to get another step and he’s
just on it I mean really he just feels so good with that car.

“Next race is Monza another very, very high-speed track and that’s where the Ferrari car is best, so Leclerc is the definite favourite again for Monza which would be epic.

“I mean with the Tifosi and Monza that’s gonna be a huge party if Ferrari is fast. Leclerc is definitely the big, big favourite for that track as well now. So that’s good Formula 1.”

And of his former Mercedes teammate Lewis Hamilton, who gave it all he had to chase down Leclerc but was contained by the Ferrari man and had to settle for second but still increased his championship lead in the process, “Lewis Hamilton… finishing second… he always has phenomenal race pace, I mean really so
fast in the race, Bottas just never had a chance against him in the race.

Then, the Mercedes, that thing is just taking care of its tyres so much better. The Ferrari is quick on one lap
when he’s low downforce tracks but as I said [before], they can’t crank up the front wing.

“Leclerc was eight tenths ahead of Lewis in qualifying and in the race they were a little bit slower than Lewis because Lewis was always a bit further back and stuck behind Vettel.

“So actually Leclerc was a little bit slower than Lewis in the race,  so incredible difference there,” added Rosberg.