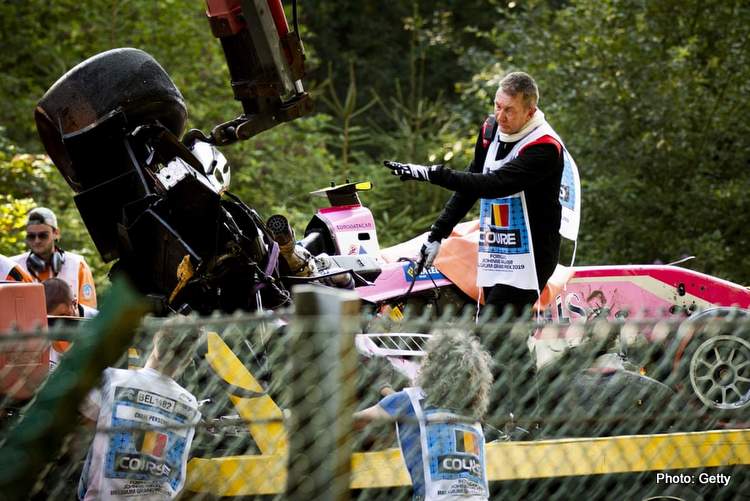 The Formula 2 Feature at Spa-Francorchamps has been abandoned after a serious crash appearing to involve Anthoine Hubert, Juan Manuel Correa and Marino Sato on the second lap of the race. 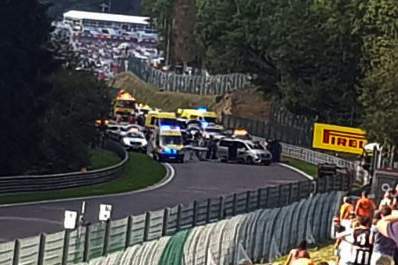 The incident took place at Raidillon exiting the notorious Eau Rouge – and appeared to involve or affect at least five cars – and was serious enough to force the race to be stopped, then cancelled. After which the medical teams set to work under tents to treat the drivers.

Correa was seen moving in the cockpit of the upside-down #12 car, while Hubert appeared to have suffered the biggest impact with his car apparently split in half.

Sato was seen on the world feed broadcast walking away from the accident, while the other cars in the race were called back to the pitlane where it was immediately decided not to restart the race. However, he later tweeted: “I wasn’t actually involved in the incident, just my mistake and stalled, so couldn’t restart by myself.”

A Reddit user at the scene posted a photo with the caption: “Tons of emergency personnel on place, huge f2 crash. This looks really really bad. There are tents around the cars.”

Mick Schumacher and Nicolas Latifi had a coming together in the Turn 1 hairpin which forced the latter to pit as a result of a puncture, while Guiliano Alesi and Ralph Boschung’s were among those damaged when running over the scattered debris.

All the above information is subject to confirmation and based on reports garnered by sources at the track as well as through respected media channels.

🚩 Race will not restart 🚩

We will provide more information when we get it#BelgianGP 🇧🇪 #F2