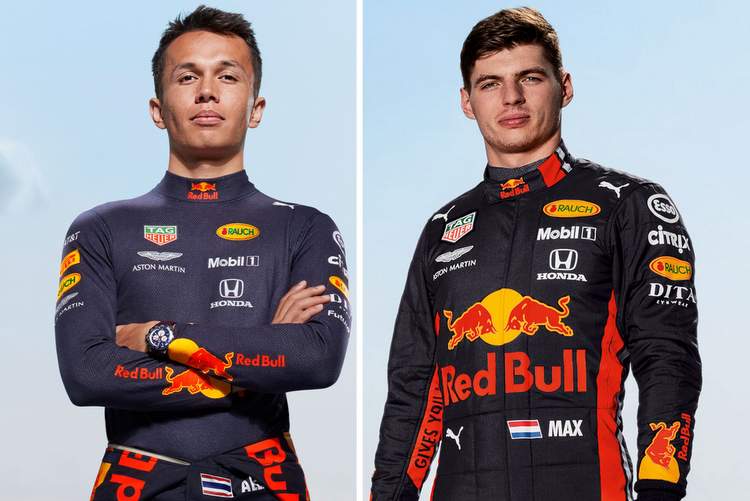 The summer break is something of a necessary evil in F1, affording team personnel a brief respite from the intensity of the season.

It gives them time to draw breath, spend time with family, and catch up on those exciting household jobs a career in racing has conveniently allowed them to shirk for the past nine six months. See, it’s evil incarnate.

It also gives drivers time to recharge the batteries, to get away from the white heat of battle and to distance themselves from the constant media attention – unless, of course, you get a call up to join the Team for the final part of the season. Then it’s not so much a summer break as a summer whirlwind of excitement, anxiety and preparation – a lot of preparation.

Alex Albon: “Not many drivers get the chance to drive a car capable of winning a race so early in their F1 career, so it’s a great opportunity to be driving for Red Bull. It’s a big step, a big difference, and the factory’s a lot closer to my house which is handy! We know what the car is capable of and we’ve seen what Max has been able to do this year.

“I want to see what it’s like compared to what I’m used to, but at the same time, I know this weekend is my first time in the car, I’m still learning and improving as a driver and there’s definitely more to come. I know one of the main differences will be the noise and attention that comes with the move but I’m keeping my feet on the ground.

“I’m just focusing on the job I have to do for Spa, I’ll be doing a lot of listening and observing. The track is cool and I think it’s one that everyone loves. It’s definitely a drivers track, it’s quick and there aren’t many run-off areas. It kind of goes back to that old school driving feeling where you really feel like you’re on the limit and you know if you make a mistake, you’re in the wall. That’s something that drivers crave.

“Spa hasn’t necessarily been that successful of a track for me, but we got podiums there in Formula 2 last year so it’s still been good. Also, you never know what’s going to happen there with the weather. We’ve got as much simulator prep done as we can, so now it’s about going through procedural things with the Team and getting to know everyone. It should be good!

“This is a big step, but I feel I’ve been through these big jumps before and taken the opportunities – I’m not worried about that. I’m focused and ready to be as strong as possible for the second half of the year.”

Max Verstappen: “Belgium is another home race for me and it’s always great to see so many fans supporting us. It was good to have a break and spend some time away with family and friends before another busy period but I’m refreshed and looking forward to getting started, especially after we had such a great run of results before the break.

“Spa is my favourite circuit on the calendar, so a great one to start the second half of the season with. There are a lot of long straights and it’s always a good challenge to find the best possible compromise for the straights and the corners. You don’t particularly run a lot of downforce at Spa but the fast corners are very impressive and a lot of fun.

“Pouhon was close to flat last year so it will be good to see what we can do there in the RB15. I also like that there aren’t too many slow speed corners and you can keep up the momentum all the way round the track. I’m definitely ready to get back in the car and looking forward to seeing how competitive the second half of the season can be for us.”