Marquez: Shootout with Lewis would be interesting 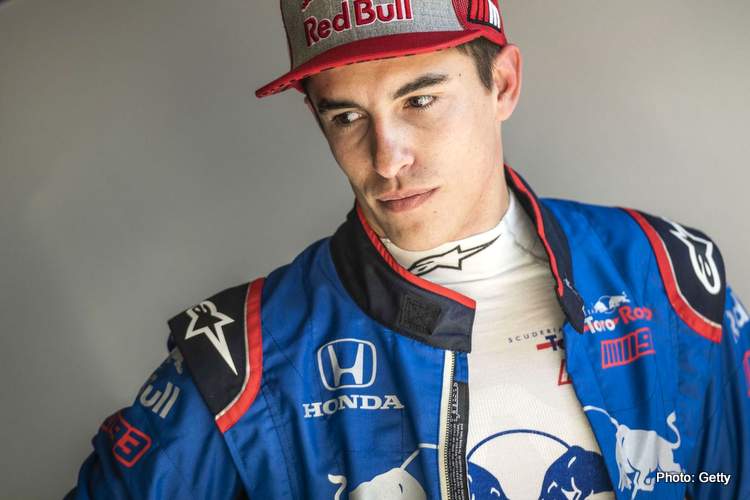 Five times MotoGP World Champion Marc Marquez would relish a battle between himself and Lewis Hamilton, the Spaniard even suggesting that they do the shootout in a Formula 1 car and a MotoGP machine to establish who is the best-of-the-best.

When asked by Sportsmail if he would be up for such a shootout, Marquez replied, “Of course! It would be interesting. Face-to-face, first an F1 car and then a motorbike because I know he is riding.

“I speak to him by social media sometimes and I know he rides a bike and rides really well. So I look forward to, at a minimum, meeting him. We were very close last year but we had compromises and couldn’t make it work.

“I tested at the Red Bull Ring in a Toro Rosso car. It was a really nice experience. I drove 40 laps and it was a real test. The speed was there but I lack the experience. I knew the layout of the track but the braking points and downforce was the most difficult thing to understand. I could get used to it at a normal circuit… but not Monaco!

“To drive an F1 car at a normal circuit, it’s ok. You can find the limit but in the middle of the city, like Monaco, it is more difficult,” added Marquez who like Hamilton, this year, is aiming for his sixth world title at the pinnacle of his sport.

Previously the Spanish superstar has indicated that he may consider a career in F1 when his time on two wheels ends.

After testing a Toro Rosso at red Bull Ring last year, Marquez told reporters, “My complete focus in the coming years will remain on MotoGP. I’m part of a fantastic team, and I feel fully motivated.

“Who knows though, maybe Formula 1 will be a serious idea for me in a few years’ time,” added the 26-year-old confirming his interest in perhaps succeeding John Surtees as the only man to win world titles in both disciplines.

Mike Hailwood also followed his MotoGP career by opting for four wheels as did Johnny Ceccotto, both competing in F1 but not with the success achieved by Surtees.

Several years ago Italian MotoGP legend Valentino Rossi flirted with Ferrari for a while, testing for the team at Mugello but interest fizzled out.

Big Question: Could Marc be a success in F1?