Brown: Alonso would be an outstanding talent in IndyCar 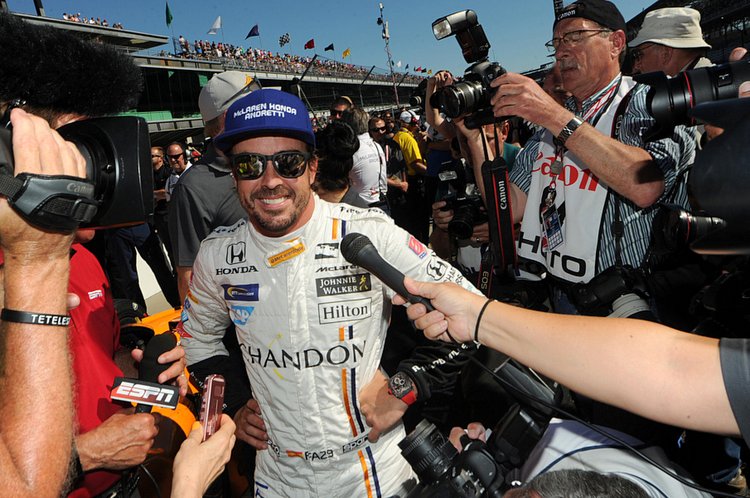 McLaren’s return to Indycar next year is a done deal, now the question of drivers is a hot topic and inevitably Fernando Alonso is being linked to the project despite the Spaniard’s known reluctance to do a full season.

McLaren CEO Zak Brown is clearly keen to have Alonso on board, explaining his stand on the matter in a Q&A released by the team on their website, “Fernando is well aware of everything that’s going on with our IndyCar activities and has been for some time.”

The double Formula 1 World Champion, who quit the top flight at the end of last year, has had two cracks at the fabled Indianapolis 500. The first a resounding success until the Honda expired with the finish line in sight when Alonso was battling with the leading pack.

Victory at the Brickyard for Alonso would make him the second man to ever achieve the Triple Crown of Motorsport – winning the Monaco Grand Prix, the Le Mans 24 Hours and the Indy 500 – a rare feat thus far only managed by the late great Graham Hill.

But as far as a full season of Indycar is concerned, he revealed, “He has not shown an interest, yet, I should say, in a full season of IndyCar. He’s coming off the back of 20 years of lots of racing and I think he wanted to take the second half of this year to see what he wants to do in the future.”

“Yet…” suggests that the McLaren boss will be trying to convince his driver-at-large to lead Arrow McLaren Racing SP for their return to Indycar next year.

While a door back to Formula 1 is apparently shut at this point for Alonso, there are still nine rounds left in the season and anything could happen.

The Pierre Gasly demotion from Red Bull back to Toro Rosso is an example of the volatility of the driver market and currently, there are still several seats yet to be confirmed for next year.

In other words, nothing is certain but the smart money is that Alonso won’t be back in F1, as a driver, for a full season.

Whatever the case, any series Alonso decides to be part of will receive a huge boost for obvious reasons and it should be remembered that his ‘Coming to America’ episode in 2017 won over many hearts and minds of fans and media Stateside.

Alonso’s star power is an asset that Brown is well aware of,  “He would be an outstanding talent in IndyCar. Knowing him and his driving style as I do, he’d be immensely successful, be welcomed, and would enjoy it. But Fernando is the type of individual that you put the opportunity in front of him and let him make his decision.

“So I’ll be picking that up with him in about a month’s time, but I would not anticipate him having a desire to do a full season in 2020,” added the McLaren boss.

Big Question: Why is Fernando not keen on a full Indycar season?