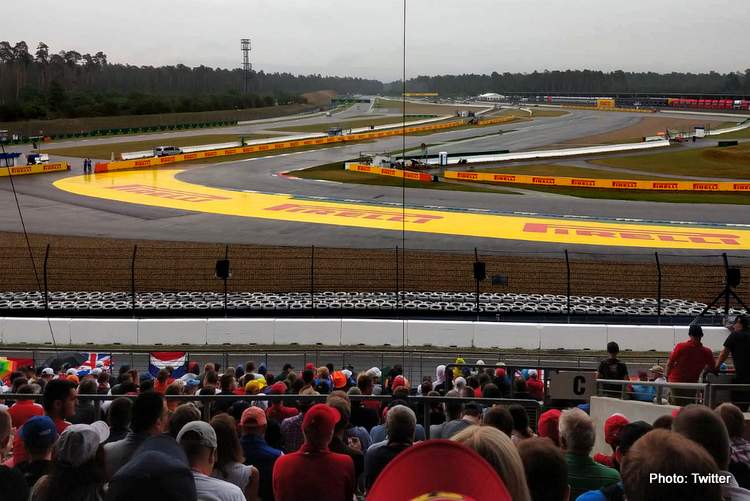 Lewis Hamilton wished for rain on race day and he got it as, after two sweltering days, the skies opened up over Hockenheim and it got really wet.

After an out of sorts Friday, Hamilton believed his only hope of containing the pace-setting Ferrari was if rain came down on race day and wished for it.

Rain poured down as the drivers embarked on their parade lap in open classic sportscars around the drenched venue with a couple of hours to start time.

GP247’s Ben Stevens at the venue predicted that “it should be a wet race or at least starting on inters if not full wets. This is what the drivers always want and now they have it. And so do we!”

Rain is considered the great leveller in F1 and many of the midfield drivers always hoping that damp conditions will allow them to shine and seize opportunities that the conditions trigger during the race.

On the menu is what should be an epic duel between Hamilton and Max Verstappen on the front row, Charles Leclerc starting for unfamiliar territory from 10th and in the heart of a feisty midfield while his teammate will be doing the same from 20th.

Out of positions starters always make for good entertainment and we have them aplenty at Hockenheim where the stage is set for what could be a Grand Prix for the ages. Enjoy!

Things you didn’t expect to see at the #GermanGP! 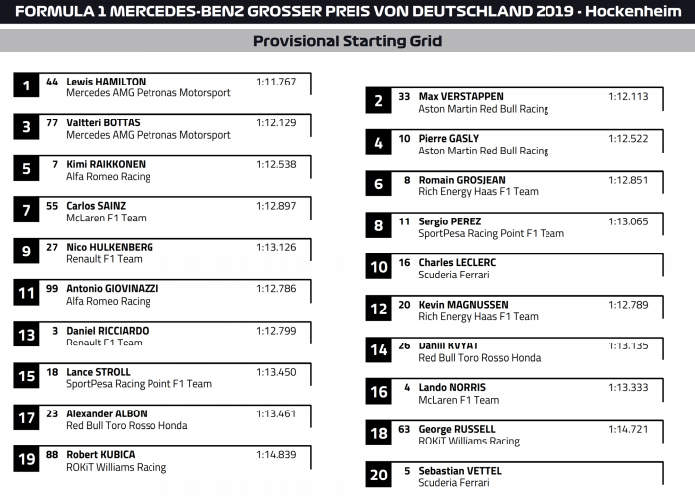