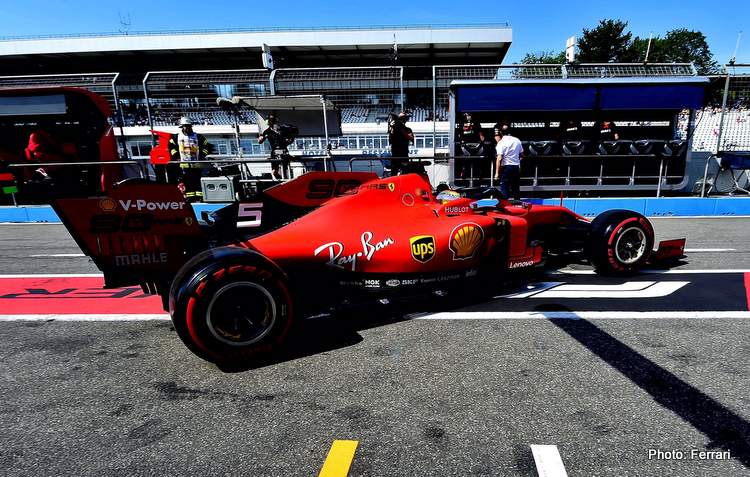 Vettel was a quarter-second faster than his teammate with his best time of 1:14.013 set in the heat of the 90-minute morning session. Bith Ferrari drivers setting their times on the Pirelli soft tyres.

Mercedes kept their powder dry by opting to use the medium tyres for their runs, with Lewis Hamilton third fastest and three tenths shy of the top time, with teammate Valtteri Bottas three-tenths further down in fifth.

The Finn went off at the same corner Vettel crashed at last year but extricated himself from the gravel without damaging the car.

Red Bull’s Max Verstappen split the silver pair on the timing screens with the fifth-fastest time, 0.317 of a second down on Vettel, but half a second up on Pierre Gasly in the sister car.

Best of the Rest went to Carlos Sainz in the McLaren, albeit a second down on the benchmark lap time, with Romain Grosjean eighth despite Haas running his car in the same specification it used for the season-opening Australian Grand Prix.

Lance Stroll was ninth for Racing Point and Daniel Ricciardo, who survived a minor spin, rounded out the top 10 for Renault. 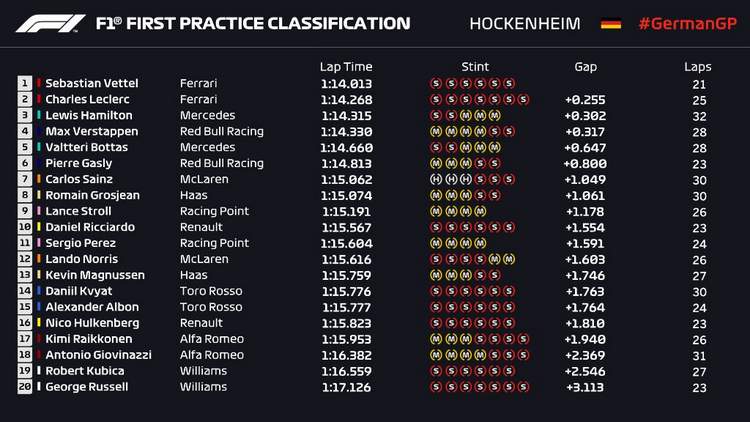