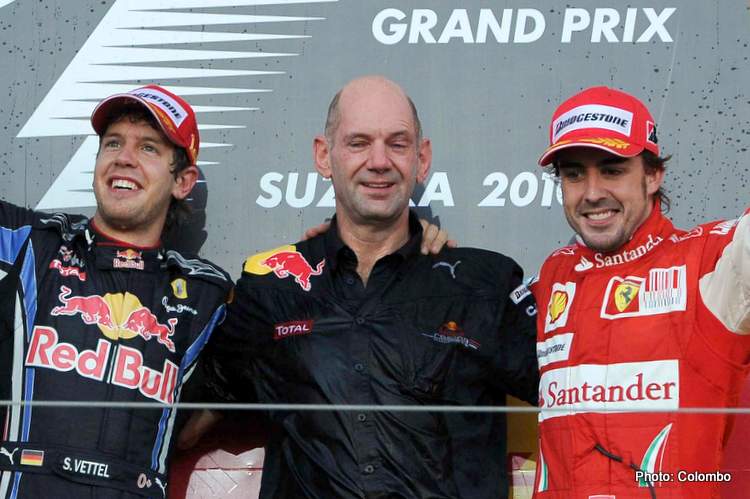 Red Bull design guru Adrian Newey says it would have been “fantastic” to work together in Formula 1 with Fernando Alonso and revealed that it indeed nearly happened.

The timing of Newey’s comments is fascinating, amid rumours Spaniard Alonso’s management has been in touch with all three top teams about 2020.

Newey, who is Red Bull’s high profile technical boss and one of the sport’s most famous designers, told the Spanish magazine Esquire that Alonso is “one of the greats of the modern era”.

“Working with him would have been fantastic,” added Newey, whose employer currently runs Max Verstappen and Pierre Gasly.

Newey said of Alonso, who entered a sabbatical at the end of last year: “He seems to have had bad luck with some choices he has made, but whenever we have spoken with him, he has been very kind.

“Fernando’s ability often exceeds the car in his hands. I think that’s the mark of a truly great driver — the ability to stand out despite not having a great car,” he added.

Also notably, Vettel has been linked with a return to Red Bull from Ferrari where he is struggling with the pressure that may have taken its toll during his half-decade at Maranello.

Newey said Alonso and Vettel at Red Bull would have been “like Ayrton and Alain” and added, “It is one of those things that unfortunately never happened but it was very close to happening.”

“I think we would have had a lot of success altogether, but it didn’t work out,” said the Briton. “Red Bull has generally always tried to follow the policy of developing its own drivers. That was a small consideration.

“We met a couple of times and there were negotiations in Austria. It was close but in the end, it didn’t happen” revealed Newey.

Instead, the Spaniard went off to Ferrari, starting his tenure in Red with a debut victory in Bahrain, but thereafter the Scuderia played second fiddle to Red Bull who relegated Mark Webber to number two while focusing fully on Vettel who rewarded them with four F1 drivers’ titles.

Big Question: Are Red Bull priming us for a surprise swoop on Fernando?